Seduction in Blood by Kim Allred A thief. A vamp. A walk on the wild side.

Cressa Langtry escaped an abusive home to live on her own terms. Now she’s known as Pandora, the best cat burglar and safecracker on the West Coast. Hounded by bounty hunters, one successful job would go a long way in clearing what she owes.

With an unfortunate twist of fate, Cressa’s debt is turned over to the city’s most notorious and ancient vampire – Devon Trelane. Complete one mission and she can leave the vampire world, and his home, free and clear.

Devon has lived a long life—many of them excommunicated from the Vampire Council. Though still a successful businessman, he can’t forgive the one vampire that cost him his seat on the Council.

Unrest builds between the vampires and shifters, discontent that could be avoided if the Council would see reason. One vampire stokes the fires of division, the one who forced Devon from the Council through lies and deception. The one person who holds the secrets that could return Devon to a seat of power and stop the war that threatens.

Luckily, a thief has fallen into Devon’s lap. A woman with the skills he requires to take down his greatest enemy.

There’s only one hitch—a simple business arrangement is complicated when their dreams collide and engulf them in passion.

THIS IS A CONTINUING slow-burn romance series.

“This particular job will put you in the heart of vampire society. High society. You’ll be mingling with the city’s most respected and most dangerous vampires. To fit in, you’ll need to have a particular look with discerning tastes. And you’ll need to eat what vampires eat.”

I sat back, the grease of my breakfast threatening to revolt.

He laughed. “I’m not asking you to drink blood wine. But I do expect you to eat nutritious, organic meals. Besides excellent hearing, we have a unique sense of smell.” He tapped his nose. “We can smell someone’s blood when they get close. We can tell its purity and the contents of their last meal. For example, if I were to meet with you in two hours, I’d know you had garlic and onion in your meal. It wouldn’t stop me from drinking your blood if I had a mind, but that very scent would tell another vampire that you probably don’t belong to anyone. I’m far too old to worry about having to drink very often, so I don’t keep humans in the house. But younger vampires require a drink more frequently. Even those a century old still keep humans close for feeding.” He shrugged. “They don’t need to; they just prefer the old ways.” He shook his head as if he found that disgusting. Perhaps just uncouth. Either way, it made me feel a little better. I shouldn’t have to worry about him sneaking into my room in the middle of the night looking for a sip. I reflexively rubbed my neck.

He glanced down when his phone vibrated. His jaw clenched, and he held his cup so tightly, I thought it would shatter. Not good news. After a couple long minutes, he took a deep breath and turned to me, returning to our conversation as if never reading his message.

“My point is, where we’ll be going, you’ll need to not only act the part but smell the part as well. Otherwise, no one will believe why you’re with me.”

He stood. “I’m afraid I have something to attend to. Anna will start your training this morning. I should be back this evening for our session. A couple of rules for your stay here. You have the freedom of the yard, garden, and anywhere in the house on the first and second floors. The third floor is completely off-limits. Any questions before I leave?”

I had a dozen, but it was obvious I wouldn’t have his full attention. And I preferred trying to get answers from Anna. “Just one.”

He tucked the phone in his pocket then gave me his undivided attention.

“What am I being trained for?”

He gave me a slow perusal, and this time, it was more heated. The desire to squirm returned. Then, he gave me that million-dollar smile. “To be my human lover, of course.” Kim Allred lives in an old timber town in the Pacific Northwest where she raises alpacas, llamas and an undetermined number of free-range chickens. Just like AJ and Stella, she loves sharing stories while sipping a glass of fine wine or slurping a strong cup of brew.

Her spirit of adventure has taken her on many journeys including a ten-day dogsledding trip in northern Alaska and sleeping under the stars on the savannas of eastern Africa.

Kim is currently working on the next books in the Mórdha Stone Chronicles and Masquerade Club series. 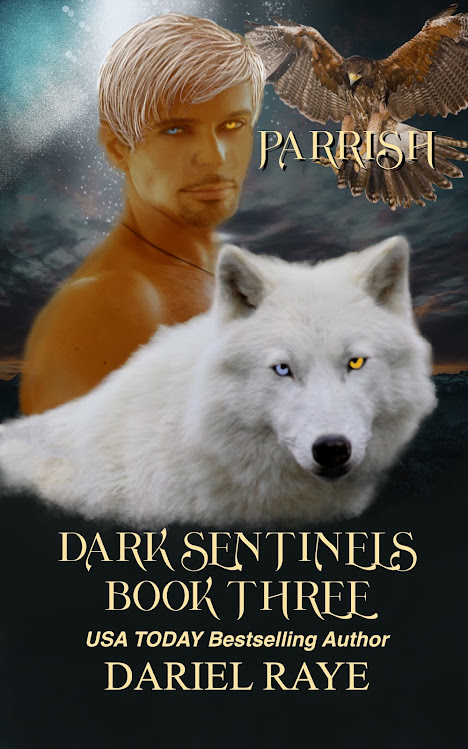