Sleeping With Shadows by Rachel Hailey Once The King of Nightmares, Ashe lost everything when he was betrayed. Released from prison, he’s got one goal: Stay Free. To make that happen he’ll have to rescue the girl who stole his crown while saving the court he’d rather see burn. But he can’t do it alone. He needs Callie.

Abused, neglected, and finally shunned by The Court of Light, Callie is done with court politics. It’s just too damned bad Ashe doesn’t care. He’s arrogant, manipulative, and dangerous. Everything she’s been taught to fear. It would be so easy to hate him, but the sadness in his gaze calls to her heart, and his touch awakens her own darkness. She has never wanted anyone more.

Callie is Ashe’s darkest desire, but to earn his freedom and prevent the destruction of humanity, she must embrace the destiny that will keep them apart. But is the safety of the world worth losing the kind of love he’s only dreamed of?

THE SOFT KNOCK STAYED HER HAND. SHE LOOKED AT THE ALARM clock blinking in her palm as if the sound had somehow come from the object.

Before she could respond, the door swung open. The light from the hall illuminated Ashe. Callie’s mouth ran dry.

His shirt off, jeans unbuttoned and riding low on his hips, he looked like an advertisement for lust. Her eyes roamed over his perfect chest, following the swirling tattoos that curled down deliciously defined abs and continued under the denim waistband.

Her pulse jumped as he came toward her. Only then did she remember she was naked, not that she cared. She dropped the alarm clock, it bounced from the bed to the floor.

She ignored it. She only had eyes for Ashe. She bit her bottom lip as anticipation zinged through her body.

“No,” she whispered, still poised on her knees in the middle of the bed.

“You?” He stalked further into her room, as graceful as a hunting cat, and ten times more sensual than any human.

This would be amazing.

He stopped at the edge of the mattress and folded his hands behind his back.

“That’s my line,” he said but didn’t move from his spot.

She laughed softly. “Then come help me.” She crooked her finger at him and watched with appreciation as his chest moved, sending muscles rippling.

She should have expected him to be demanding. She grinned, loving it. Her sheet landed over her body before his hands deftly moved around her form, tucking her in so the sheet hugged the curves of her body.

His hands lingered, sending goosebumps cascading across her skin. The bed dipped as he leaned over her.

Callie moved her head so she could watch behind slitted eyes as he hovered.

Sleep was the last thing on her mind.

He brushed his fingertips across her lips, making her shiver. As his index finger lingered against her bottom lip, her mouth fell open, and she captured the digit between her teeth. He hissed in pleasure. Emboldened by the sound, she closed her lips around his finger and swirled her tongue around the tip. She tasted victory as she heard his breath speed.

She nipped him playfully before letting go. He growled, causing her to giggle.

“We really need to sleep.” Ashe’s eyes were glowing, and she could feel the beat of his magic. “You said that already.”

“That would be a bad idea.” His eyes seemed to grow brighter. Rachel Hailey was born and raised in the South. She's all about that nerd life and in between writing she's dedicated herself to raising the next generation of nerds.If she's not online or staring at a book she can usually be found at the local game store rolling dice, shuffling cards, or planning her next cosplay.

Her childhood was most prominently shaped by the works of R.L. Stine, Stephen King, Anne Rice and the Brothers Grimm. 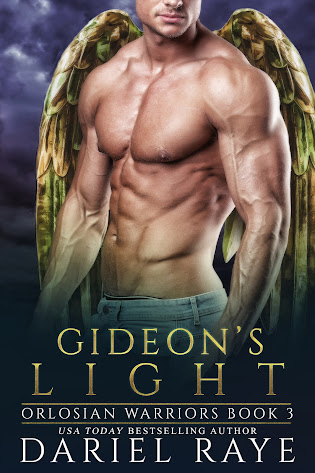