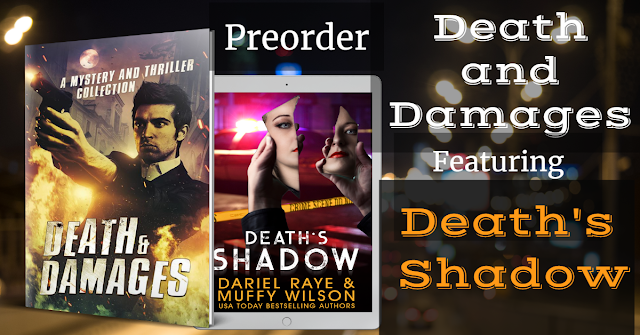 —
SNEAK PEEKS:
Vengeance by John Ling
Maya Raines hated the idea of walking into a trap, but she decided to do it anyway. She was dressed in a Muslim robe — long and loose and rustling in the wind. Her face was covered by a veil. She carried a grocery bag as she moved along the sidewalk, being careful not to trip on the pockmarked concrete and scattered rubble. All around her, ominous black flags hung from the shopfronts and soared from the rooftops, declaring the rise of an Islamist caliphate. And just ahead, a roadblock had been set up, manned by jihadi fighters. A modified pickup truck — a technical — was parked on the intersection, with a machine gun mounted on its rear bed. Maya could hear Arabic being spoken in the distance. It sounded harsh and strident; completely different to the gentle melodic rhythm of the Malay language that she was used to. These men were foreign Sunnis. They had come from as far afield as Egypt and Libya, drawn to Malaysia by the promise of killing local Shiites. Maya felt the slow burn of anxiety in her stomach…

—
Facing the Past Excerpt by Alexa Padgett
“Hank. Thirteen hours. At dawn, Jonathan, gone for thirteen hours.”
Hank turned toward Nancy, his look hollow. Nothing moved across his face, through his eyes. He tilted his head, marginally interested as she swallowed then gasped for air. Hank closed his eyes. “I can’t see any better in the dark than they can,” he said. “You heard the detective say they brought in the dogs. A helicopter from Fort Worth. It’s a full-scale search, almost everyone in town was out looking till it got too dark.”
A faint hum. Louder, a thwap, thwap overhead, a blinding spotlight. Again.
“They could miss him from up there.”
“We’ve already missed him,” Hank shot back, eyes glinting in the semi-darkness.
Nancy shrank back, away from him.
He lowered his head nearly to his knees. Inhaled, exhaled. “My son.”
Cicadas hummed, pressing their bodies against the house. Nothing could hold them together. Not with Jonny missing.
A whippoorwill called. Hank stood there, between the foyer and the living room where Nancy huddled.
“What are we going to do?” she asked him.
Another pass from the helicopter. A dog barking.
Hank hesitated again before seeming to consciously lift his leg to step into the room.
He lay his hand on her shoulder, fingers against her collarbone, his face telling Nancy he was too used up to do more as darkness crowded out the faint porch light.