“A Jug of Wine, a Loaf of Bread—and Thou” - The Rubáiyát of Omar Khayyám

I love that quote, and it makes me think of romantic summer picnics—at the beach, by a lake, in the mountains or a park—whatever location works best where you live or vacation. But what to pack? Wine, bread, meat and cheese are a given, but don’t forget the summer fruit—ripe red strawberries, lush juicy peaches or crisp apples. There’s nothing like a taste of fruit to sweeten a kiss. 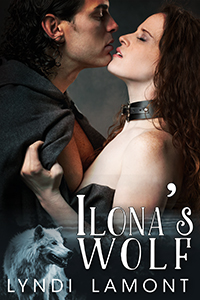 Imagine a world filled with magic, a tormented knight, a damsel in distress, an evil sorcerer...

While picking herbs in the woods, Princess Ilona is rescued from a woodsman by a wolf. When the creature licks her wounds, it is suddenly transformed into a man. A very handsome, very naked man who makes passionate love to her in a glade.

Cursed by an evil wizard, Rolf was trapped in wolf form until he tasted the blood of a royal. Now he must escort the princess on a hazardous journey back to the castle to stop an ill-fated wedding.

Passion flares between them, but both know there is no future for Ilona and her werewolf. Or is there? In a world where magic and passion combine, anything may be possible.

She sat frozen, her back to the tree. Oh, gods, don't let it see me. She tried to cast an invisibility spell, but to no avail. The wolf looked at her, golden eyes gleaming, mouth open, showing off large, sharp teeth. She closed her eyes and gripped her throat with both hands. Quaking with terror, she listened as the animal padded toward her. She felt its hot breath on her cheek.

Opening her eyes a slit, she stared into the face of the wolf. Sad eyes stared at her, and her fears receded. Perhaps he'd been tamed. She reached out with what was left of her powers, but sensed no immediate danger. "Good wolf," she stammered.

She held out one shaking fist, and the wolf sniffed it before licking her knuckles. It moved closer, sniffing her clothing. To her surprise, the animal hunkered down beside her and laid its head on her leg. Carefully, she touched it, stroking the soft fur.

Relief flooded through her. Saved by a wolf, of all creatures. "Thank the gods you showed up when you did. I'd no wish to be ravished by the likes of him."

The wolf lifted its head and seemed to smile up at her, mouth open, tongue lolling.

She smiled at the canine as she continued to pet it. "Grateful I am for you rescuing me, but 'tis not exactly what a girl dreams of. Where's my knight on a white steed? 'Tis he who is supposed to do the rescuing."

When the wolf lowered his head, sniffing between her legs, she laughed and pushed it away. "Rude creature."

The animal responded by sitting up and resting its head on her breast. She put both arms around it and hugged it close, dropping a kiss on its head. "Do not misunderstand, Sir Wolf, but I still wish you were a knight. A strong, handsome knight like my Werner."

The familiar sadness filled her at the memory of her husband. "I miss him so much, you know. Dagmar says another knight will come for me, a handsome knight to protect us and make sweet, passionate love to me."

The wolf whined and raised his head to lick her cheek. Laughing, she tried to push him away, but he licked her full on the mouth. She closed her eyes, stunned when her powers came rushing back, like a flood of magic coursing around her.

Turning aside, she summoned her basket to her side. Out of the corner of her eye, she saw the wolf jump up, staring at the basket. Her vision seemed to blur as the wolf's face slowly became humanlike, then shifted back. She must have hit her head harder than she'd thought if she was seeing things. She closed her eyes and shook her head, but the aching had receded.

When she peeked again, the wolf was gone, and a naked man crouched in front of her. A handsome, well-built man with shaggy brown hair and golden brown eyes.

Interview with Sir Rolf of Klosterlupe:

Thanks for sitting down with me today, Sir Rolf. I just have a few questions for you. What can you tell us about your birthplace?

All I know is that I was born somewhere in the Kingdom of Velosia. When I was but a small cub, er, lad, my parents dropped me at Klosterlupe where the monks took me in. Apparently small werewolves are unable to control their shifts. People without magic have no idea how to deal with a situation like that. Still, I would like to learn who my people are some day.

What schooling did you have?

I was educated at Klosterlupe, home to the Brotherhood of the wolf, a chivalric order, where I was  trained in the knightly arts.

What is your job?

I am a knight in the King’s Guard.

What is your most important goal?

Protecting my princess and her family, of course. I owe her a great debt, not to mention she is the love of my life.

What is your worst fear or nightmare?

Being trapped again in animal form and unable to shift. That was most disconcerting! 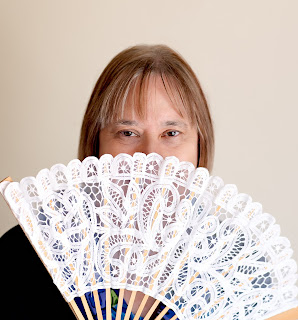 Lyndi Lamont is the racy alter ego of romance author Linda McLaughlin. Writing sexy stories gives her a license to be naughty, at least between the pages of her books! She has written several full-length novels plus numerous short stories and novellas, ranging from historical to futuristic. She believes that love is unending and universal, and enjoys transporting her readers into a different world where her characters learn that, in the journey of life, love is the sweetest reward.

Find her online at: