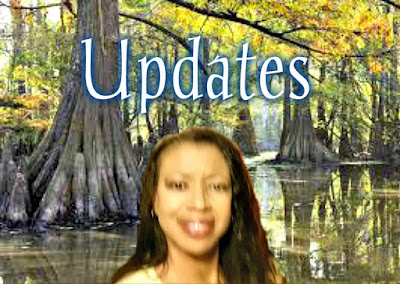 Born more than 200 years ago, Japheth looks like an angel but he’s far from it. In his world, the ratio of men to women is 500 to 1, and although he’s a superior being, he’s willing to break the most sacred law of his brothers, even drink human blood, to have one meant for him alone. When he meets Destiny, he knows she’s the one he’s been searching for. To claim her, he will have to betray a friend, risk his life, and hardest of all, humble himself enough to win her love.

Exhaustion began to affect his mood, and Japheth gathered his limited store of energy in preparation for survival mode. Neither angel nor demon, but somewhere in between by virtue of his misbegotten birth, he had managed to survive outside his dimension for more than twenty years. Reliance on human blood served as a constant reminder of the invisible chains that bound him.

“Vacationing? Or do you have family here?”

Frowning slightly, Japheth answered again, his patience waning along with his constitution. “No. Visiting an old friend.”

The man chuckled, obviously good-natured even if he was too friendly for Japheth’s taste, and Japheth couldn’t help smiling in turn.

Japheth stifled a groan when the elderly man looked up at him again, eyes wide as if suddenly realizing something.

“Strapping young fella. What are you, six seven? Basketball player?”

“If you ask me, son, you don’t look old enough yourself to have any old friends. Now take me for instance…”

The friendly stranger launched into a long story filled with memories from his past while Japheth’s thoughts drifted, catching a detail here and there, just enough to respond appropriately.

The elderly man had no idea; Japheth was old enough to be the ancestor of his ancestors. Twenty years seeking this female - one woman - the only one capable of ending his lonely, desolate existence, and he had finally found her. Japheth arched his spine, quelling the fire crackling along his nerves in response to her siren’s call to him.

Japheth considered the humans around him - particularly the women - recalling his time in Egypt, Zurich, Somalia, Paris, Zimbabwe, Morocco, even Rome; searching, always searching, studying, and gathering information. The woman directly behind him slept, her blonde hair splayed across the chest of the man beside her, her soft snores evidence of trust, another read a book, its cover made of aged leather, worn from regular handling, and another two whispered among themselves.

The two whispering women sat across the aisle and three seats back, giggling and nodding periodically. Of course, he heard every minute movement, every word they said as clearly as if they were speaking directly to him, no matter how softly they spoke. He even recognized their queries, observations, and theories about him, hoping his soul mate would express the same level of interest. Beautiful, each one in her own way, but none of them stirred the least bit of interest beyond providing a pastime.

He grew more restless by the minute as the bus rolled forward at a slow, steady pace, wishing he could pinpoint her exact location and simply transport there. Japheth smiled at the elderly man again, then turned to gaze out the window, following the irregular line of cypress trees blanketed by heavy fog as they finally entered the city. The unique beauty of this place would always draw his gaze and remind him that the One God must indeed still see all, but he couldn’t help frowning at the reminder.

This human world was so unlike his own, Orlos, literally the brink of hell. How could his desire for this woman be so wrong, and why did he long for the love of a God who had condemned his entire race to a slow, desolate death following a long life devoid of love or affection?

After managing to stay one step ahead of the Seekers, elite Orlosian warriors promoted to wayfaring law enforcement, as likely to kill as imprison defectors, here he sat, a defector led by primitive instincts to break the most sacred law of his brothers, and drawn by a sense of urgency possibly perpetuated by desperation, to return to this medium-sized city in the United States. A sitting duck, as humans liked to say.

If the Seekers found him here, he would have no defense, but none of this changed his plans. If she was here, this female whose spirit had called to him first more than 20 years before - and he felt her in his marrow - finding her was worth everything.

My cover is in the works. Can't wait to share it with you!