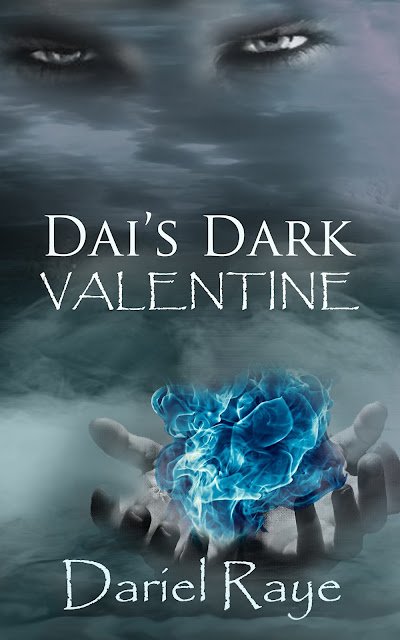 Thanks to my wonderful friend, author extraordinaire, and artiste, Cora Blu, "Dai's Dark Valentine" now has a new cover!! Joban and Daitre Beaucoup's story holds a special place in my heart because it was the first novel I wrote after receiving my transplant. Although much of it was written in pain and discomfort, not to mention a myriad of interruptions, their touching love story had to be told.

This is the book's third cover, and the first time I've really been completely satisfied with it. As some of you know, I don't write flowery romance (despite my sexy little "synopsis" header), and this cover conveys the true flavor of the couple's often dark, always raw passion, and offers just the right hint of an otherworldly love.

She has enough love to warm his cynical heart, he has enough dark power to destroy everything and everyone in reach. To save her, he might just have to use it.

What happens when a sheltered cat-shifter and a dark fey come together?

Three-hundred years is a long time, but left to its own devices, what began as the vendetta of one man can grow to encompass even more formidable hatred.

Joban Beaucoup, professional guard to the Salons family, and dark fey (alternate spelling from Vodouin origin), has chosen to leave the quaint yet suffocating French town of his orphan-childhood and venture to the Americas, but he needs one thing he cannot concoct, despite his magical abilities – a wife. 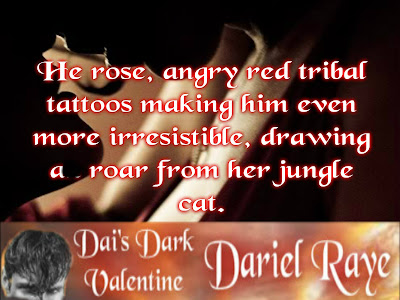 What reviewers are saying...

...I really loved this story it has a little of everything in it.
The ending is the best ending I have read in a long time. If you're a person who reads the ending first DON'T it will ruin it for you. You will need the build up to appreciate it. I can't wait to read more about these characters and their families. Very well written...Colleen Everly

...The story is filled with romance, conflict, betrayal, and lots of action. I fell in love with Daitre and Joban, and the whole world of Vodouin Fey. The characters are unique and even though the story is fantasy, their struggles are real and mirror the prejudices and marital strife of real life. I hated for the story to end. In fact, I think a sequel is in order. If you enjoy romance, magical beings, and shifters, with a little time travel to make things even more interesting, you will love this book...PA Jiuditta

...Just when you think you have already read a good saga, along comes this amazing narrative, which kept me glued to the screen. The story is filled with paranormal, time traveling, mind reading, and shape-shifting characters, which are well defined and complex. The setting begins in 18th century France, but then shifts to the 21st century in New Orleans. Feisty Daitre Salons possesses uncontrollable powers that must be protected by her stand-offish husband, Joban Beaucoup. The tale deals with obsession, erotica, revenge, desire, danger, jealousy, betrayal and murder, which makes the story even more suspenseful. There are many twists and turns, conflict, and shocking exposés, with an ending you will never see coming. Joban was one of my favorite characters. What woman, in her right mind, wouldn’t want a man like him: a protector, a superb lover, a good cook and a first-rate housekeeper?...Vivienne Diana Neal

Flirty & Feisty Romance said…
Hello Dariel, I miss you lots. The new cover works and I like it.

Cora Blu said…
Glad you like it Dariel. It was great to work on during my down time. You gave my inner artistic nerd a place to run around freely. And you have a dark mind. Can't wait to visit again.