How To Blast Your Events Like Lightning : Go Viral With Thunderclap and Headtalker 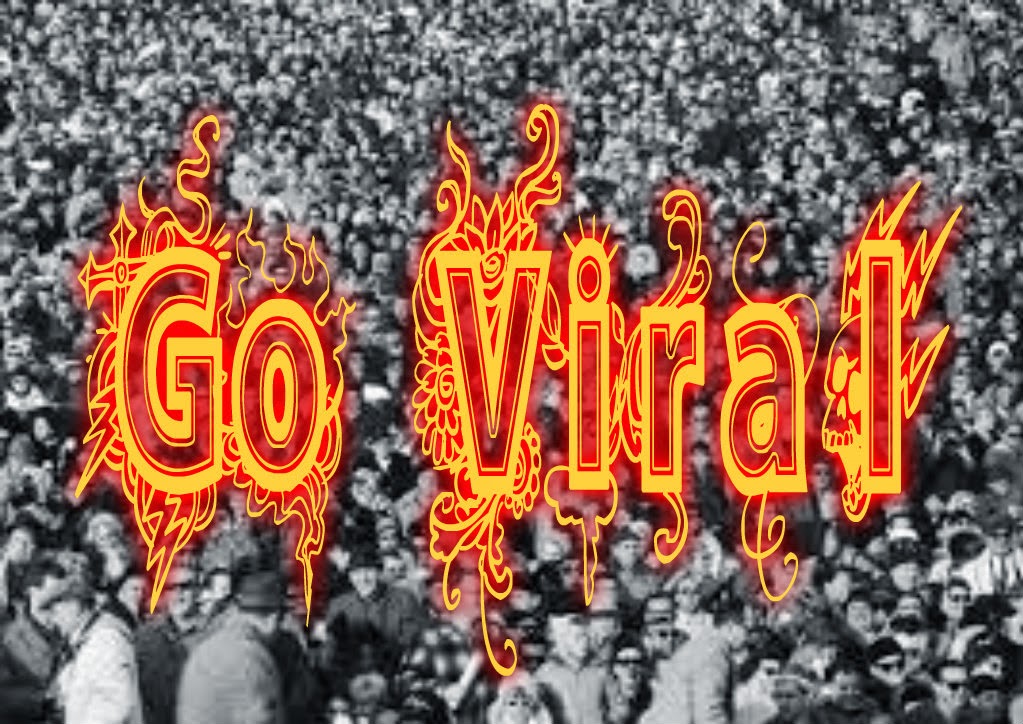 Whether we have an MBA with concentration in marketing and advertising, or we avoid promotion like the plague, finding the best way to get our news, information, products, and events before the right audience is a constant challenge for every entrepreneur, and let's face it - As independent artists, we are all entrepreneurs.

Savvy entrepreneurs constantly seek ways to get the message out with minimal time and effort so we can spend the majority of our time developing our craft. Thunderclap and Headtalker, viral marketing platforms, provide a way to do just that for FREE!

What are Thunderclaps and Headtalkers?
Thunderclap and Headtalker are user-friendly social media platforms that allow you to post a "Tweet-length" message, choose the time (up to a year in advance for Thunderclap) you want it broadcast, and design a campaign so that hundreds of supporters can blast your message from their Twitter, Facebook, and Tumblr feeds at the same time (Headtalker also allows you to broadcast from LinkedIn).

Unlike random retweets (only broadcast whenever friends and followers happen to be online), Thunderclaps and Headtalkers are pre-scheduled for you, and posted to each supporter's feed to blast your event to the world at the exact time you set, so hundreds of tweets, all carrying your message, enter the stream as one powerful force with the potential to grab the attention of hundreds of thousands of your supporters' followers and friends.

Cool! Right? Here are some tips to help make the most of thunderclap and headtalker campaigns:
1. These platforms are still relatively new, so be sure to let everyone know supporting you is FREE and requires very little effort on their part. Once they sign up to support you, they don't even have to remember to post anything.

2. Start your campaign at least a month in advance. In order for your campaign to move forward on the correct date, you must gain a minimum of 100 supporters for Thunderclap (50 for Headtalkers). I started my first thunderclap less than a week in advance and ended up scrambling to meet minimum support at the very last minute. If you don't reach the minimum number of supporters, your campaign won't go out.

3. Once you submit your campaign, it can take up to 48 hours for it to be approved, so be sure to allow extra time for this as well.

5. Supporters can also tweet and reblog, telling others they've supported your campaign and encouraging them to do the same.

6. Once you create your campaign, you can embed it on your site for maximum visibility.

7. Join the Thunderclap group on Facebook. I found out about this thanks to my friend, Muffy Wilson. The group is clean-cut and well organized. *Important - The group is for thunderclaps ONLY, no other promo, so it's easy for everyone to follow and support one another. There's also a file at the group site with additional tips for getting the most out of your thunderclaps. It's a "closed" group, so be sure to request membership in advance.

8. Before writing your Thunderclap, you should have a blog post, purchase link, or perhaps an event destination to send supporters and followers to. Ex. Use a pre-order link and set Thunderclap to go LIVE on release day.

I'd like to hear about your experiences with these platforms, and if you have any additional tips, please share. Good luck getting the word out about your big events.

Flirty & Feisty Romance said…
Very helpful post, Dariel. Thunderclap seems to be catching on like wild fire. I have not used Thunderclap or Headtalker. Your tips point me in the right direction. Thank you.😂
March 4, 2015 at 4:45 PM

Dariel Raye said…
Happy you found it helpful, Stella :-) I just recently used Thunderclap for the first time for the release party and launch tour of "Dai's Dark Valentine," and learned quite a bit simply because I started the campaign so late. LOL
March 4, 2015 at 10:31 PM