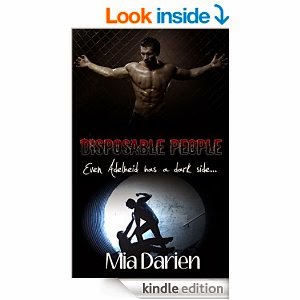 If you haven't read "The Adeleid Series" yet, you're missing out. So far, there are five books in the 4.5**** star (overall) series, and hopefully more to come. Take a look at number five.

Even Adelheid has a dark side...
Detective Vance Johnston has a lot going for him. He's got good friends, a job he likes, gets to play tiger every now and then, and is getting ready to propose to his long time girlfriend, Sadie Stanton. Things are looking pretty good.
That is until a shocking turn of events sends him into a case at the last minute that threatens not just everything in his life, but his life itself. Thrust into the seedy underbelly of the preternatural organized crime world, Vance is trapped, a prisoner to the entertainment and money of a darkness threatening to undermine Adelheid.
But he's not alone. Not just in the prison he's kept in, but on the outside too. He just has to hang on until help comes, but that's going to be anything but easy as his own beast within is used against him.

Other books by Mia Darien