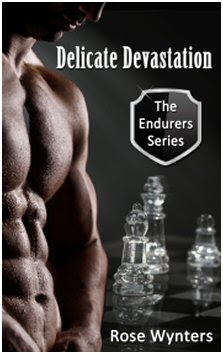 Description:
Peter Rynalt is an immortal Endurer that has dedicated his life to protecting humanity…. And enjoying only the most beautiful women. Born in 1103 in the Welsh countryside, his mortal life as Priest ended when Hell decided to crucify him. Known as the priest by some and the playboy by others, he leads an action-packed, dangerous life fighting demons and taking his pleasures where he likes. Until the night Kim runs into his arms, terrified and desperate for help after a demon attacks her.

Kim Jones is known and respected as a fun-loving, New Orleans beauty. Men want her, and women want to be her. It wasn’t always that way, though. She is haunted by her past and terrified her beauty won’t last forever. One night, fate presents her with a one-time opportunity to have the sexy Endurer that she desires. They discover an insatiable hunger that can’t be satisfied, but is it enough for Peter?

Amidst the desperate and devastated streets of New Orleans, the major players continue to make their moves in a game of destiny that will affect the future of the entire world. Each day brings them one step closer to Armageddon…. And Hell keeps upping the ante. When citizens start disappearing, The Endurers work hard to find the group of demons responsible before they die.

It all comes to shattering climax when one of their own experiences a horrendous act that devastates his life and leaves him in shame. Evil knows no bounds and is determined to walk away the winner. Can Peter capture his queen in time?

Warning: This title is intended for readers over the age of 18 as it contains explicit sex scenes and/or situations and adult language, and may be considered offensive to some readers.

Her body was mouthwateringly gorgeous, but painfully thin. He walked closer to her, his eyes quickly scanning each injury. She was covered in scratches, cuts, welts, and bruises. They were fully setting in, and he knew they would look much worse before ever looking better. He growled when he saw the fingertip bruises on her throat.

“He choked you?” He enunciated each word, anger making his tone thick and dangerous, even to his own ears. He wasn’t sure why he felt so overwhelmingly protective over her, but something about her made him extremely possessive. It was a foreign emotion, and one he wasn’t quite sure how to handle.

She was so damned delicate he couldn’t believe she had walked away from her encounter. Her fragile state reminded him of her mortality, and it angered him. He shoved a hand through his hair in frustration.

“Why in the hell are you so damn thin? Are you sick, or have you been dieting?” He spat the last word out at her, as she pulled the towel free from her hair to comb through the silky strands.

He suspected it was the latter, and he couldn’t understand why women were so obsessed with it. She was so damned beautiful, exuding a raw sexuality that was making the caveman in him roar to life. Desperately he fought the sensual weave she was unconsciously weaving, but it was a battle he was losing fast.

“You look like death, and you’re way too slender. You’re lucky to still be alive.”

She narrowed her eyes at him, as a look of irritation and something unidentifiable flickered across her face. Her arms crossed across her chest before she briefly looked away, her cheeks pink. When she turned back to him, she was completely in control.

“Get laid much, Peter? If that’s your approach, I’m surprised you aren’t a virgin. My weight isn’t any of your business, so butt out. Besides, men love my body.”

He growled, enraged at the thought of another man seeing her. She’d just waved a red flag in front of this bull, and it was a challenge he wouldn’t back down from. When he spoke, his voice was deathly quiet and cold as ice. “Really? Let a lot of them see it, huh?”

She flushed, but didn’t back down. “What’s it to you, one way or another?”

“Nothing,” he responded, his face serious and his voice harsh with lust. “It was nothing to me before tonight. That was before you walked into my bedroom naked, your body begging for this hard shaft between my legs. While you’re in here, you won’t be talking or even thinking about other men. You’ll be too busy thinking about me, feeling me, as I bring that sweet area between your legs pleasure like it has never known before… Or will again.”

About the Author:
When not writing, I enjoy traveling, meeting new people, and having fun! I love plotting what my characters will do next, and thinking up exciting, dangerous, and edgy books. I've been told I have a wicked sense of humor and often this can be seen in my writing.

I have a ton of likes, most especially books, gorgeous men, The Walking Dead, and True Blood. I interact quite a bit on my website, offering unique giveaways and having fun meeting readers. Feel free to drop by and post a comment! 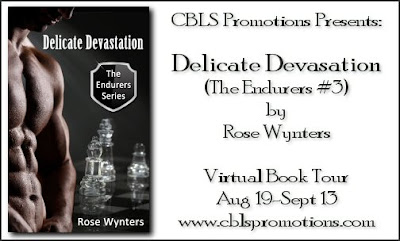