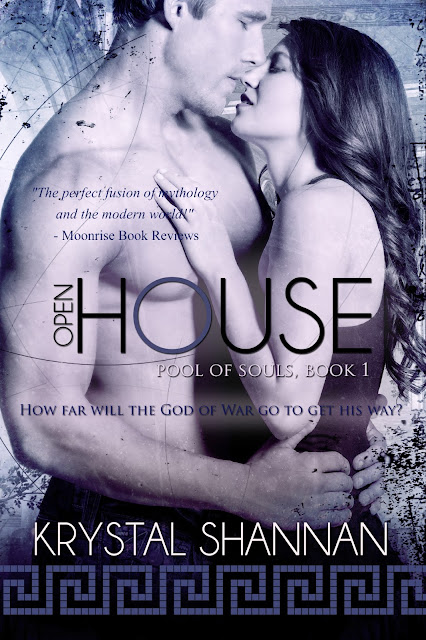 Cover Reveal
My Pool of Souls books are getting a snazzy new look!

Rebecca Carol and Robert Corvin missed their chance to fall in love when Ares, God of War, took control of Robert's career. Rebecca's and Robert's souls have naturally pulled them back together for a second chance, but... How far will Ares go to get his own way?

Intrinsically woven into the fabric of human existence, Aphrodite, Titan Goddess of Love and Passion, dedicates herself to matching soul mates.

Will divine influence create another perfect match or will it tear them apart forever?

Here’s a peek…
(18+ Content Warning)
“I need to kiss you.” His voice was low, and his words lit a fire in her belly. She smiled and leaned toward him, closing the rest of the gap between their lips. His mouth closed over hers, and his strong arms wrapped around her back. He pulled her tightly against his chest. She looped her arms around his neck and sank into the embrace. His tongue swept through her mouth. Then he nibbled on her lower lip before loosening his hold on her body. He draped her across his lap and started undoing the buttons to her blouse. She trembled as his fingertips caressed her breasts.
“So beautiful,” he murmured, leaning down for a taste. Robert moved his lips along the top of one breast and then over to the other. She moaned as he moved his mouth up her collarbone and back to hers. He fumbled with the hook for a second before her bra snapped loose and he pulled her free from it and her blouse. She heard a satisfactory growl before she felt his mouth clamp down on a pink nipple. A thread of fire wound its way through her body from her breast to her core. The ache in her belly grew, and her entire body began to pulse.
He held her close to his chest.  As he stood, she opened her eyes. “Where are we going?”
“The kitchen.” She slid her hand into his shirt and grazed one of his nipples with her fingernail. He shuddered and flashed her a grin. “I’m going to have you for dinner.”
“I thought you already were,” she answered.
“That hardwood wasn’t the best atmosphere.”
Rebecca laughed and then sucked in a gasp as her naked back and shoulders met the cold granite of the kitchen island countertop. He quickly unbuttoned her slacks and slid them down her legs, dropping them onto the floor.
Robert lifted her leg and trailed kisses from the ankle up to her stomach. His lips burned where they touched, and she worked hard to steady her breathing. She was struggling not to come just from the soft touch of his mouth. Her body flooded with desire. He moved his hands and lips down her opposite leg until he was standing at the end of the island between her thighs.
When he hooked his fingers in her panties, she raised herself, making it easier for him to slide them down ... and off. She met his molten gaze with a moan as she watched him drop them to the floor with her slacks. 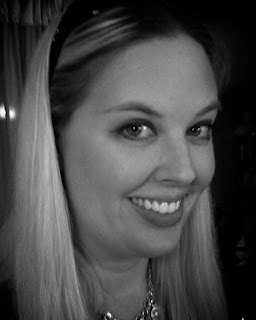 Meet the Author:
Paranormal Romance author, Krystal Shannan, lives in Texas and is married to the love-of-her-life. They have a spunky young daughter who believes in fairies. Krystal professes to loving shoes, but avoids wearing them at all costs. She teaches in the public schools and writes as much as she can in her free time. If any more spare time can be squeezed from her day, she enjoys reading romance in all genres, but especially paranormal. If it has a 'Happily Ever After', she's on board!