Dariel's Bewitching Stop: "Out of the Shadows" by Ann Gimpel

Out of the Shadows
Ann Gimpel 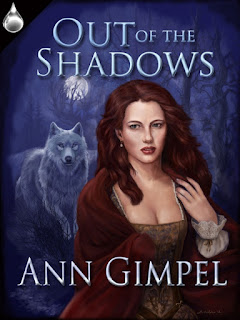 Relegated to a shadowy existence of half-truths, Gwendolyn lives in fear her wolf side will be discovered. She leaves the Old Country with Hunters nipping at her heels, but things in the Americas aren’t any better. Eighteenth-century society is just not kindly disposed to either shifters or witches.

Mikhail, the love of her life—except the relationship always felt pretty one-sided—has been missing for a hundred years. When he shows up after escaping imprisonment from an Abbey in Austria, Gwendolyn is ecstatic to see him. But she’s afraid nothing’s really changed. Victimized by superstition and running for her life, she’s sure she’ll never be able to emerge from the shadows. 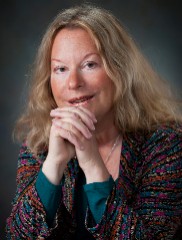 About the Author
Short Bio:

Ann Gimpel is a clinical psychologist, with a Jungian bent.  Avocations include mountaineering, skiing, wilderness photography and, of course, writing.  A lifelong aficionado of the unusual, she began writing speculative fiction a few years ago. Since then her short fiction has appeared in a number of webzines and anthologies. Three novels, Psyche’s Prophecy,  Psyche’s Search, and Psyche's Promise are small press publications available in e-format and paperback. A husband, grown children, grandchildren and three wolf hybrids round out her family.
www.anngimpel.com
http://anngimpel.blogspot.com
http://www.amazon.com/author/anngimpel
http://www.facebook.com/anngimpel.author
@AnnGimpel (for Twitter) 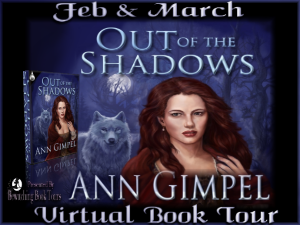 Ann Gimpel is a mountaineer at heart. Recently retired from a long career as a psychologist, she remembers many hours at her desk where her body may have been stuck inside four walls, but her soul was planning yet one more trip to the backcountry. Around the turn of the last century (that would be 2000, not 1900!), she managed to finagle moving to the Eastern Sierra, a mecca for those in love with the mountains. It was during long backcountry treks that Ann’s writing evolved. Unlike some who see the backcountry as an excuse to drag friends and relatives along, Ann prefers her solitude. Stories always ran around in her head on those journeys, sometimes as a hedge against abject terror when challenging conditions made her fear for her life, sometimes for company. Eventually, she returned from a trip and sat down at the computer. Three months later, a five hundred page novel emerged. Oh, it wasn’t very good, but it was a beginning. And, she learned a lot between writing that novel and its sequel.

In addition to writing, Ann enjoys wilderness photography. She lugs pounds of camera equipment in her backpack to distant locales every year. A standing joke is that over ten percent of her pack weight is camera gear which means someone else has to carry the food! That someone is her husband. They’ve shared a life together for a very long time. Children, grandchildren and three wolf hybrids round out their family.

Ann Gimpel, Author said…
Thanks so much for having me back. And so soon, too! I got great feedback from friends about the interview we did together.
March 6, 2013 at 9:56 AM