Please join me in welcoming Jeff Bennington to Musings of an Independent Artist! Jeff is a fantastic twitter friend, and an author of what I like to call "fright fiction!" (mwahahaaa!) I'm really excited to have him here with me today. Let's get right into his interview. He's sharing a bit about himself and his books, and I'm sure he'll appreciate your comments :-) 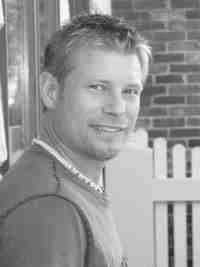 1.     What are 3 things you’d like readers to know about you? Oh this is easy. I’m a dad, a husband, and a regular guy… so regular in fact that I don’t mind confessing that I’ve been on a chase for my identity for most of my adult life – at least in terms of my career. So although I now know that writing is what I love to do, I put so much more value on my marriage and kids that all else takes a back seat to them… including my writing. I’ve been married to Amber for over 20 years now, and we have 4 amazing and talented children (16, 14, 12, and 10). Other than that, I’ve been playing drums for over 30 years, I love to create glass mosaics, and we have a crazy little chocolate lab named Jaxson. 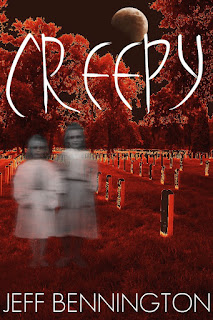 2.     Sounds like a recipe for a great life, Jeff! I have a dobie/coon hound mix named Jackson JTell us about your books. What can we look forward from you in the near future? WIP’s, upcoming releases? Well, I don’t really want to pigeonhole myself, but so far I’ve really enjoyed writing supernatural thrillers. I’ve published Reunion, Twisted Vengeance, and Creepy. What’s coming up in 2012 is Creepy 2, Twisted 2, and two other books that I am publishing for two other writers with Nexgate Press – The Secret Tree, and a non-fiction title (unnamed as of yet). Creepy 2 (which is bigger than Creepy) will be released in just a few weeks. And things will have to go really well if Twisted 2 is published before the end of 2012 but it’s possible. Long term, I have 2 more non-fiction titles that I am working on, Alien: Was Jesus an Alien, and Spiritually Self Medicating. These two titles are books I want to write before I die. If I don’t, I’ll feel like I didn’t accomplish what I am here for, and as a result will likely haunt this world forevermore if that doesn’t happen. 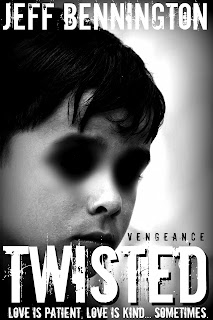 3.     What would you say your stories have in common? Principles, beliefs, situations, etc. What do you want readers to take from your creations? I strive to weave in spiritual themes, and deep-rooted struggles that we all have; like spiritual implications of choices we all make, along with social injustices. I do this because there is no better place to include questions of life and death and pain and hurt than in books dealing with the supernatural.  But in general, I simply like supernatural and psychological thrillers. They’re fun and scary and keep me on pins and needles. That’s what I write – pins and needles 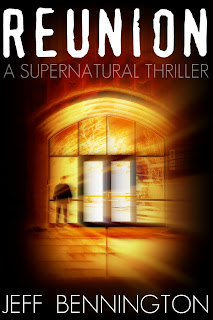 4.     Writing is a process, a journey. What other processes or experiences move you? Music. Music is always playing in our house. If it’s not Pandora, its dubstep, or The Eagles, or one of the kids playing piano, or my two oldest boy’s band. Nothing can bring me to tears like a song. That’s pretty sappy, I know, but true. I listen to mood music when writing and it really helps me. I’ll listen to anything from a thunderstorm, to the sounds of New York City, to AC/DC, to Zac Brown, to Dave Matthews… whatever it takes. If you read enough of my work, you’ll see that music is a big part of who I am. I recently sold a short story to The Horror Zine called Suka: The White Wolf (coming 2013). In that story, I refer to several songs from 1982, the very best year for top-40 music in my opinion.

5.     We definitely have the music in common, too! I play lots of instruments, and love listening to music to enhance creative energy. Marketing/publicity/social media are big parts of any author’s life. Any tips, resources, or favorite tools? I use all of them (facebook, twitter, pinterest, triberr, G+). Facebook is great for contests and personal contact. Twitter can be social too, but I’m not as social as I should be. I’m more interested in creating platforms for myself instead of leaning on other platforms. Having said that, the best marketing writer’s can do is to write the next book, and that’s what I’m doing. Writing impacts my sales far more than all my social media combined, which is a good thing because I suck at social media.

6.     What do you look for in a good book? Intensity. If it doesn’t come out of the gate running, I’ll stop reading before I finish the first chapter. I need intrigue, fear, energy, and passion. Without those early on, I give up. Knowing that I am that way, drives me to keep my stories moving at a decent clip from page one – and it’s not always the pace that does that, it is also accomplished by leaving questions unanswered, foreshadowing, drawing out the protagonists issues (because they’ll need resolved) and creating atmosphere. Readers need to know where the story is going but you can’t give it all away, so if you drop enough questions within the first few pages, they’ll have no choice but to read until they get the answers.

7.     Yes, yes, and yes! Same way. I’m ADD, so ya have to grab me pretty quickly and hold tight. What are some things you know now about writing and being an author that you wish someone had told you at the very beginning? That I sucked – but that’s not a wish, that’s what happened. The first book can be painful. But my first book (2 book series actually) has since been unpublished because it wasn’t my best work. I took my early criticisms to heart and worked very hard over the years that followed to improve and truly embrace the craft. I read dozens of books by the very best and started reading more, studying rather than pleasure reading. Donald Maass has great advice, and so does James Scott Bell, and do many other writers and groups. I read one genre book and one “how to” between every new title as a means of continual improvement.

8.     I’m in the process of reclaiming publishing rights to my first “suckily written” novel (had the nerve to write a full-length novel, too) so I can rewrite it. Finally…an essay question. LOL. I’ve been on a characterization kick. Nothing is more interesting to me than comparing real people to my characters. Look at these two posts and either describe yourself according to the “character development framework,”  or choose the hero that sounds most like you (feel free to make up your own – the list is far from conclusive).  Ha! That’s interesting. I’m a Pisces, and I’m definitely a seeker and so are my characters. In fact, where you emphasize the fact that people and your characters need and search for love, you could say that my characters are seekers. All though I tend to shy away from romantic themes, I am all about creating characters that are seeking, not only love but themselves, which in some ways can be an equally powerful draw to the human psyche.

A sexy piscean seeker? Wow! I love horror, but I knew you'd fit right in on my romance site, too :-D

Purchase links and other places to find Jeff around the web: