Check out "Target" by Tina Donahue

If you like dark mafia romances with a hero to die for, plus a smart heroine who also plays by her own rules, check out Target, book one in The Valesky Crime Family series.
I had a blast writing it.
I'm also offering a great giveaway during the tour.
_________________ 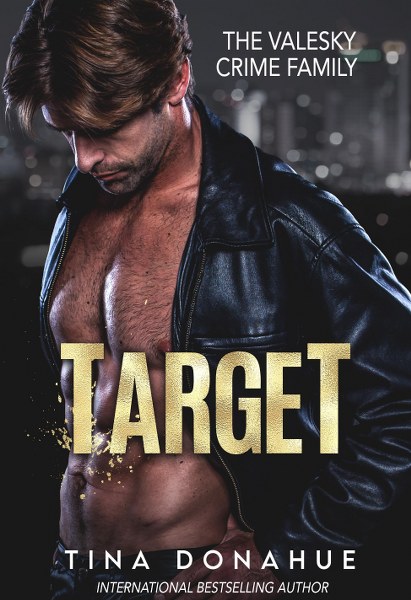 A Russian kingpin wants her dead… the only one who can stop it is the man sent to murder her.

Toni Flores loved her dream job working for a respected US senator until he raped her. She’s determined to bring him to justice, no matter the cost.

For years, Dimitri Valesky, head of a Russian crime family in America, has bought off those in government. Just like the senator responsible for Toni’s assault. When she won’t keep quiet about it and risks Dimitri’s business, he orders his stepson Michael to kill her.

Michael’s a lobbyist not a mafia enforcer. He refuses the insane demand, but Dimitri insists. The power he holds over Michael and his brothers is absolute… or so he believes.

Rather than murder Toni, Michael intends to romance her. Once he convinces her to keep quiet about the Senator, she won’t be a target any longer and Dimitri will back off on the hit. The plan falls apart and now they are dodging mafia enforcers, bullets, and Dimitri’s outrage.

Michael and Toni fight to stay alive and save those dearest to them as they also fall hopelessly in love.

This is book one in the Valesky Crime Family series and has an HEA.