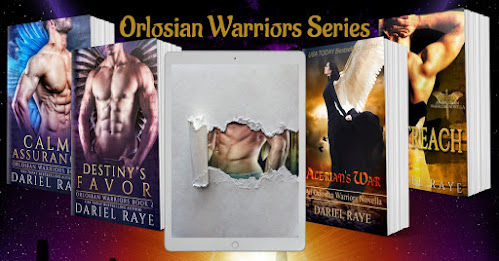 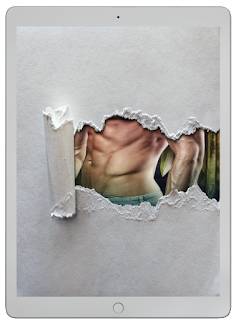 "Gideon's Light: Orlosian Warriors Bk. 3"
Coming Soon! Catch up on the rest of the series now.

Gideon always thought he’d be the last to fall. His life depended on it.

Iris Johnson is a brilliant astrophysicist who has always believed in keeping her emotions under wraps. Adopted as a baby, she has never felt truly loved. After a terrible accident and a failed relationship, she swore off men, content with working long hours and stargazing.

Born nearly 200 years ago, Gideon is an Orlosian Warrior, a descendant of angels, and in his world the ratio of men to women is 500 to 1. Willful, insubordinate, and impetuous, he is one of the most feared seekers – elite law enforcers – because of his exceptional ability to kill.

When Gideon is severely injured in battle, his contact with Iris puts her life in danger and awakens desires he has never known. To save her, he will have to make impossible choices, commit a cardinal sin, and break the law he has sworn to uphold and defend. 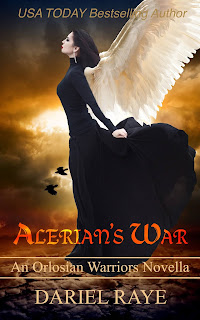 Available now in the "Feisty Heroines" Collection of Shorts. The lengthened re-release will be available mid-September.

Nephilim assassin Anael has always been a loner, bound only by his own code of honor, but the moment he witnesses Alerian in battle, something inside him shifts. Unable to reconcile the angelic vision haunting him night and day with his current mission, he takes a post beside her brother as a way to stay close to her, but Alerian can never know his true identity. 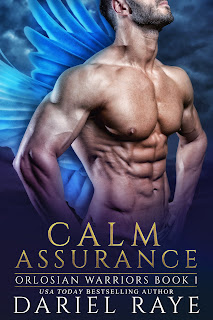 Get it at the discounted price
A Nephilim warrior of regal lineage is sent to guard a human trouble-magnet, but following his instincts could cost him his soul.
Last time, he destroyed an entire city. What’s a strait-laced Nephilim-descendant to do when a human trouble-magnet steals his heart?
When Asriel - Orlosian Warrior, descendant of Nephilim, law enforcer – is sent to guard Malina, a human with a penchant for drawing trouble like a tornado, she becomes his obsession.
With no hope of finding love in his dimension, he breaks the cardinal rule, leaving his home to protect her, but she has also drawn the attention of his enemies, and he is forced to face demons from his past. If Asriel chooses to stay with Malina, not only does he risk forfeiting his right to ever return to his dimension, but he will need her blood to survive. 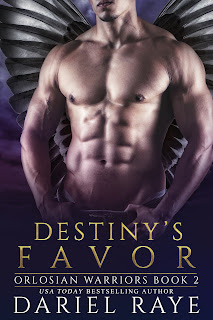