Giveaway and Excerpt: What She Didn't See by Heather Wynter 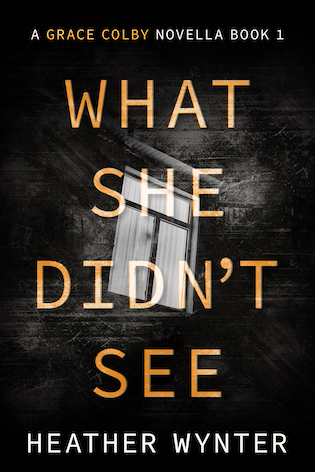 
An American tourist in Rome. A secret service agent on vacation. An international assassin… What could go wrong?
Gracie Colby and Lena Boyd are wrapping up the tour of Italy Lena has planned her whole life.
, a Secret Service Agent, is on vacation in Rome.
Before she knows what happened to her, her friend is dead, and Gracie finds herself swept into a whirlwind of danger, intrigue, and international forces conspiring to destroy her. Teaming up with Luke to survive, to question herself and decide if she the assassin before he can get to them.

Goodreads / Amazon
—
EXCERPT:
He set off across the street, and she followed, not wanting to be alone in this city of death. Her heel crunched in glass fragments. He held up the tape that designated this a crime scene, and she ducked under it. It was all pretend. She saw herself doing everything, looking like an actor on a cop show.
The car riddled with bullet holes belonged to the too. The prop crew had put that tire there for her to cower behind for safety from the gunfire. She peered down at the space where she’d taken shelter from the danger, the place where Lena had pushed her to protect her when the shooting started.
She gulped down the lump in her throat. The last thing Lena did in this life was save her. She didn’t save herself. She was too thoughtful for that. While Grace was thinking about dragging Lena back home to start their lives as adults, Lena was saving her from that that
She looked up to find Luke inspecting her. Could he see what a terrible friend she had been? Had Lena’s sacrifice left visible scars on her skin?
“What do you know about the shooter?” she asked to distract them both. 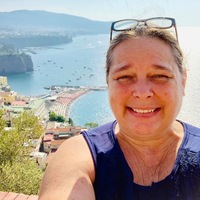 Author Bio:
Heather Wynter grew up in California, where she still lives with her two dogs and three which she lovingly refers to as her zoo. She's a sucker for any period drama and a good romance. When she isn't reading or writing out what is in her wild imagination, she's probably at Disneyland or traveling around the globe.