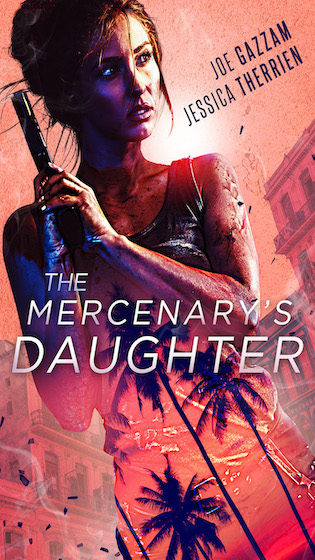 
When Special Ops recruit, Tara Kafee is dishonorably discharged, there’s only one place to go—Home.
But there’s more waiting for her there than she’s ready for.
It’s been four years since she’s been back and ten since her mother walked out on the family never to be heard of again.
She’s determined to rekindle things with her father and keep him close. That is, until he goes missing.
Soon after stumbling upon a safe room full of weapons, fake passports, and a mission’s dossier marking a target in Cuba, she reluctantly accepts the help of her angsty teenage brother. He’s the only one she can trust, so together, the two set out for Havana.
Tara is determined to get her father back, whatever it takes, but things are never easy when you’re the mercenary’s daughter. 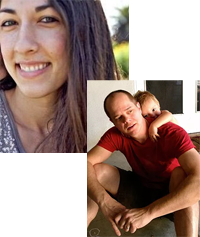 Author Bio:
Jessica Therrien is the author of the young adult series Children of the Gods. Book one in the series, Oppression, became a Barnes & Noble best-seller shortly after its release. Her trilogy has been translated and sold through major publishers around the world, such as Editions AdA (Canada), EditionsMilan (France), and SharpPoint Press (China).
Aside from her Children of the Gods series, Jessica is the author of a kid's picture book called, The Loneliest Whale. Her award-winning stories can also be found in a published anthology of flash fiction.
Jessica spent most of her life in the small town of Chilcoot, California, high up in the Sierra Nevada Mountains. In this town of nearly 100 residents, with no streetlights or grocery stores, there was little to do but find ways to be creative. Her mother, the local English teacher, inspired her to do all things artistic, and ultimately instilled in her a love for language.
In 2003, Jessica attended California State University Long Beach where her passion for language found her studying Chinese, and in 2005 she moved to Taiwan to study abroad. From 2005 to 2006 Jessica was fully immersed in the Chinese language as she attended National Taiwan University, and in 2008 she graduated from San Diego State University magna cum laude.
Jessica currently lives in Irvine with her husband and two young sons. She is working on a new YA thriller/suspense series and a middle grade fantasy series.