The Vampire Alfred, is known as the Fortier. Vicious, renowned and feared.
Alfred Zeidan is proclaimed Fortier, the Strongest amongst the vampires. After ending a century old feud between the two most prominent vampire houses, he sets out to rid his race of a shadow that has long haunted them.
The Elders have been the deciding factor in the fall of so many civilizations that date back to Carthage and the Romans. So many have fallen to them, but now Alfred as the Strongest takes on this challenge.
No one has ever considered a world without the Elders running it, would it spread chaos in the Underground? Or will it shift the balance of the supernatural completely? One thing is for certain: Alfred intends to see this through. Will he succeed? Or will succumb as those before him?

Goodreads / Amazon
—
Read the novella – Fortier: Blood & Moon – for free!
—
EXCERPT:
As I ventured outside, the police scanner burst into life. “All units, move into Sixth Street, a murder has been reported.” Just another murder I suppose, but Sixth Street is just around the corner, worth having a look at the very least.
It wasn’t long before I reached Sixth Street to find police cars everywhere. They all had guns loaded and aimed at the door. So much force to deal with just one killer if you ask me. I hung back far away, but still close enough to eavesdrop on their conversations.
“Did you see what happened?” one of the cops was asking his friend.
“Is it the same killer?”
“I believe so, I’ve never seen someone jump that high! You saw that, right?”
The cops were sweating. It could be the beast; it could be that these two were morons. Silence loomed for but a moment before a loud cry came from inside. A woman was screaming.
This was my cue. I dashed through them so fast they must have thought it was the wind. They were startled. “What the hell!” one of them shouted.
“Stay there,” I shouted as I barged inside. It is said that certain animals can smell fear because the body releases a substance that would normally be undetectable by humans. Well, us vampires can smell that too. I can almost hear the ‘so you are an animal, is what you’re saying?’ joke, and yes, in some aspect we are.
I paused only when I got to the living room. The woman was literally in the claws of another person…or a vampire anyway. He was much taller than her, and I could smell the cheap cologne on him. “What are you doing!?” I asked him.
“You, you’re a vampire like me,” he said in that strange French accent. Disgusting being. There are rules in our society for this, we do not engage humans in their world. “Come, friend, join me and have a drink,” he invited as he tilted her neck and exposed a portion of her veins that seemed so rich with blood.
“I don’t partake,” I said to him as I squinted my eyes a little. “There are rules, you imbecile.”
“Fuck the rules,” he said as he began to move her left and right. “The Beast is on the loose, so all these humans are fair game, it’s like open season on them!” I could honestly understand the feelings of being trapped in a cage underground. We are far superior to humans, yet it is us who are forced to live in hiding.
But something about him irritated me to the point where I think my blood was boiling. The blatant disregard for authority. He was the embodiment of everything my father hates, well if he were still alive anyway.
I pushed forward, and in the blink of an eye I had the vampire by the throat. He struggled to breathe, and let the woman go. “It’s open season, only when I say so.”
“Fortier! My goodness, it is really you!” he began to say as he struggled to free himself from my grip. I could see the fight fade away as he began to realize just who was standing before him. I let him go, and he squealed on all fours gasping for air.
Then his gasps calmed down and he began to laugh hysterically. What a sight to behold. I didn’t understand much of his reaction to tell you the truth, but I had another concern right now. The woman kept staring at me for a cold minute, and when my eyes shifted towards her, she began to tear up. “I won’t tell anyone, I swear.”
I was inclined to believe her, but that really was a risk I couldn’t take. This is about more than one human, more than one vampire.
“I believe you,” I said before I snapped her neck. Bodies don’t tell stories.
That lunatic began laughing more and more. He was really getting on my nerves now. “You realize you are going to die, don’t you?” I said to him, but that didn’t startle him in the least sense. It felt more like he was expecting it . . . no, accepting it.
“This world is doomed. You against the Beast… oh he knows about you, Fortier. In fact, he’s counting on you finding him,” the heathen said as he plucked up enough nerve to try to stand on his knees.
“I’m afraid you won’t live long enough to see that,” I said as I tilted my head a little. I took a few steps closer to him. The closer I got, the steadier his beats grew. Something was unnerving him, he appeared unfazed but deep within the charade I knew he feared death as much as anyone.
“Kill me, Fortier, I won’t tell you anything,” he said in that weird accent of his, but that was the least of my worries. His breath smelled of aged garlic, how biblical. I stared him in the eye. I don’t know how I resisted that awful smell, but I lunged my hand and pierced through his chest. His beating heart laid fresh in my palm.
“You don’t have to,” I replied. 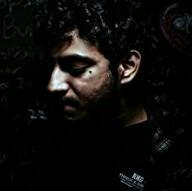 Author Bio:
M.G. Darwish is an award nominated author who writes dark, twisted and action-packed fiction. He tries his best not to base his characters on anyone he knows in real life to avoid that extra weird conversation about how they were brutalized and killed in the book. Oh and he’s terrified of a penguin uprising more than ghosts and demons.
He is best known for his Secret of the Moonlight which was featured on Wattpad.