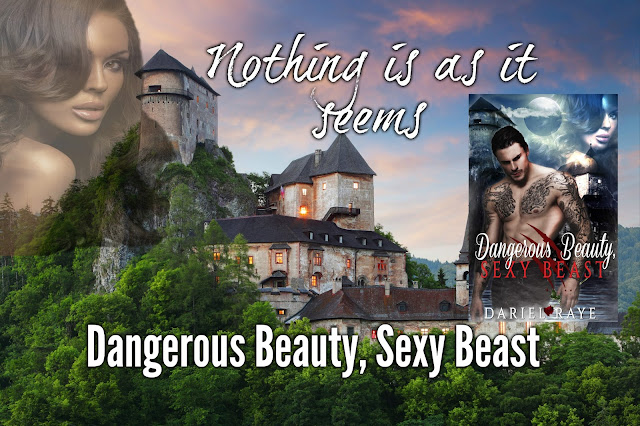 Drayden saved her life— but her incessant need for vengeance could mean the end of his. Thirteen years after the brutal murder of Treva Evers’ entire family, a cloaked stranger shows up just in time to save her from the same fate. When he disappears as quickly as he appeared, she is drawn into an underworld replete with magic and long forgotten customs, a place where nothing is as it seems, including her mysterious savior, and every word or action could result in brutal consequences. *Note* 18+ - Contains sexually explicit content. No cliffhangers. 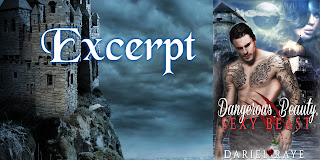 After sipping her last drop of liquid energy, she slipped the coffee mug and prized coffeemaker back into her shoulder bag. In addition to the coffee cup, the pink leather bag held one microwave-safe covered plate, one multi-purpose terra ceramic pan, and a set of stainless steel utensils. The small bag fit neatly into a rollaway with compartments for each category of her necessities, including her 11” laptop with a hidden IP address provided by her benefactor. Since she was always packed for a fast getaway, there was no room in her life for extra baggage of any kind.
The refrigerator that had come with the furnished apartment remained empty, and with the exception of coffee, a giant Hershey’s chocolate bar, and peanut butter crackers, her white kitchen cabinets simply served as decorative woodwork. She bought fresh produce, prepared her meals each day, and gave whatever leftovers she had to the stray cats and dogs that always seemed to find her no matter where she lived.
Continuing her daily ritual, she pulled the laminated, aged magazine article from a hidden compartment in her bag, sliding her fingers over it reverently. The encapsulated picture of her mother, father, and three brothers always pulled her right back into that moment, a whirlwind of loss, pain, and upheaval, yet she returned to it regularly, as if she needed the reminder:
Renowned archaeologist, Daniel Evers, his wife, Kiswanna, and their three sons, Daniel III, Knight, and Kamau, were found dead in their Pensacola, FL home yesterday at 4:30 p.m. Daniel was known for his contributions to the British Museum, the Smithsonian, and a number of others. Dr. Kiswanna Ungoji Evers gave up a high-level position as a physicist and geologist to start a family. She worked as a librarian. The case is under investigation…
Her favorite ocean sounds CD, also on automatic timer, blared to life, drawing her attention back to the present, and she assumed a scissor-like supine position on the hardwood floor to begin her 60-minute evening drill. She had developed the drill over time to strengthen every muscle and joint in her body. From this position, even her pinky was forced to gain strength and hold its own.
Treva had always been small in stature, and she’d trained long and hard so every pound would exert more force than its actual weight. She remembered sparring with her older brothers. Treva smiled as she thought about them teasing her. Daniel, the eldest, lovingly called Trey, along with Knight, and Kamau would take turns lifting her upside down with one arm, then force her to free herself from their grips. Later in life, their embarrassing pranks had paid off time and time again, as she had yet to find a situation she couldn’t get out of.
Ignoring stiff muscles, sustained injuries, and groaning sore spots, she allowed the sounds from the CD to take her mind elsewhere. Ever since the day she had returned to find the remains of her family, ripped apart and strewn from one end of their home to the other, the course and purpose of her life had been determined.
Long before the consideration of dreams, desires, or interests, this reality had become hers, and the thought of her quest being over, having choices and possibly finding some semblance of normalcy, left her confused and lost—a lion with no pride, a shell of whomever she was to become.
Without the mission to avenge the massacre of her family, Treva had no purpose. 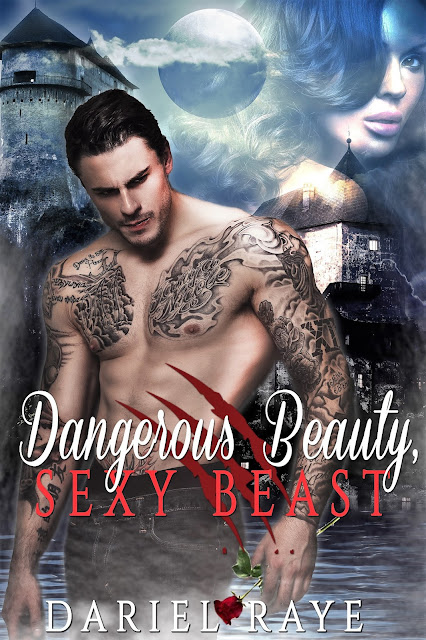