Kierra Centerand was once vivacious and outgoing, that all changed the night her stepfather killed her family in an explosion that authorities wrote off as an accident. Now, ten years later Kierra has returned to the small town of Briarview to find answers, confront her demons, and see if she can finally move on with her life. Not much has changed, Briarview is still the quaint, charming, small town Kierra left behind. Only now her high school boyfriend is the sheriff, and her stepfather is somewhere in the town, hiding in plain sight.
When Bryan Donaldson sees Kierra again for the first time he is surprised, she’s no longer the fun blonde he remembers, but rather she’s shy, prone to panic attacks, and hiding from the world. When Kierra’s stepfather starts making threats, Bryan is determined to keep her safe in his arms, and in his bed, for life. 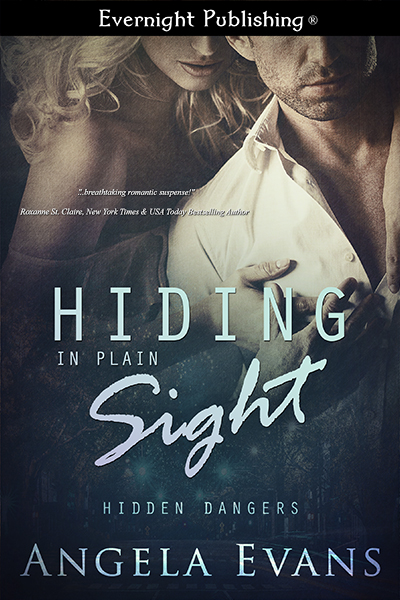 Kierra's chest suddenly felt too tight to take a breath. She
desperately wanted to tell him to stop talking, to run away. She
wished she had never come to town, and that she was anywhere but
here listening to Bryan's calm, soothing voice.

“I can also tell you the thing that's going to be the hardest to
hear. The explosion was ruled an accident. It appears that they only
did a cursory investigation, but there was no reason to suspect foul
play. It was ruled an accidental gas leak. Most importantly, in that
investigation they didn't find a fourth body in the house. The only
victims of that explosion were your grandparents, and your mother.”

Somewhere in the distance a bird chirped and parents cheered
at the Peewee football game. Kierra heard it all as though it were a
million miles away. She couldn't breathe. She couldn't think.

Her stepfather was alive somewhere.

No one believed her ten years ago, no one was going to
believe her now, but she knew for certain that somehow he was
responsible for the explosion that killed her family.

And he was still out there somewhere.

1.    Never stop dating your partner
2.    Remember the little things
3.    Love notes are always appreciated
4.    Hold hands
5.    Always kiss goodnight
6.    Always kiss good morning
7.    Pick your battles-in any argument think "Do I want to be right, or do I want to end the argument". There's only one right choice.
8.    Give gifts for "no reason"
9.    Give your partner compliments when they least expect them
10. Put your phone down and have a conversation at least once a day, every single day.

Meet Angela Evans
As a child Angela remembers her mother telling friends that Angela would read anything she could get her hands on, even the back of the cereal box. That changed when she discovered romance novels as a teenager, secretly reading her mother’s entire collection of Kathleen E. Woodiwiss and being amazed at how captivating the stories were. She knew that writing romance novels was what she wanted to do for a living.
She has recently published her first novel, Hiding in Plain Sight, and begun writing the second book in the series. She is also a member of Romance Writers of America (RWA) as well as her local chapter and she enjoys being active in both.
Angela lives in Southern Illinois where she is living her own happily ever after with her husband of over 20 years, their two children, a very spoiled white german shepherd and two equally spoiled cats. When she’s not writing she loves reading, cooking, and photography.

I hope Kierra's stepfather gets what is coming to him soon.