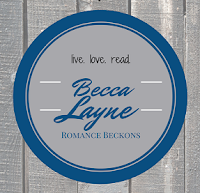 I’m excited to introduce some younger characters to readers. With a masters degree in higher education administration, I get to use my in-depth study of college-aged students in my writing. Life between ages 18-24 are the next biggest time of growth aside from the preschool years, and I can't wait to explore some characters as they discover who they are while finding love for the first time.

The first book -Ivy Intertwined- in my Island Refuge series is scheduled to be released in February 2016. In the meantime, I’m writing a weekly FREE web serial -Ring Around Rosie- that will appear on my tumblr blog, on Wattpad and JukePop. The fun part of writing a web serial is that reader comments help shape each new episode (chapter). It's more interactive than writing a traditional book in the isolation of my office. Rather than waiting until its complete, I share the story weekly. 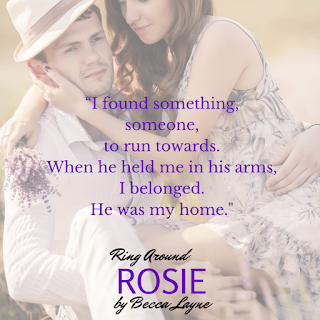 Ring Around Rosie will introduce some of the characters in the Island Refuge series.
[BLURB]

Born and bred to become the perfect princess in the Chicago socialite scene, Rosemary’s dream of becoming an artist was cast aside by her demanding family. Until the day when Rosemary had enough. With her trust fund and a car full of belongings, she left her family behind and drove east -as far east as possible- until she found the perfect island to open her jewelry shop. It was also the perfect place to find her own path.

Everything was going along smoothly… and, just maybe, a little lonely… until she meets Erik Thorne.

Raised in his father’s brewery -and always knowing he would inherit the business someday- Erik had it all too easy. Then his reputation as the party boy who refused to grow up eventually caught up with him. Now he owes everything to his brother who was willing to move away and start over somewhere new.


Everything was going along smoothly… and, just maybe, a little boring… until he meets Rosie.

Read the Prologue to Ring Around Rosie.
http://romancebeckons.tumblr.com/post/120399459327/ring-around-rosie-prologue

Be sure to follow my tumblr blog, follow me on twitter or watch for reminders on other ROMANCE BECKONS sites as each new installment is released.
Free serial New Adult Romance Paloma Beck upcoming release

Flirty & Feisty Romance said…
I like Rosie - young, brave and adventurous. And I like the idea of her starting a new life in a distant Island. The story sounds so fresh and clean. I just hope heartbreak does not knock on her door anytime soon. Rosie sounds so naive and alone. Oh dear.