Two More Reasons To Fall In Love With This Season 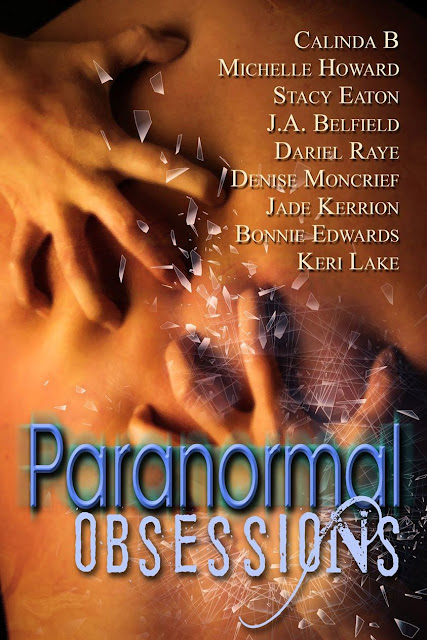 Two hot new releases available for pre-order right now, and they're both only $0.99 for a limited time!! "Paranormal Obsessions" is a 9-story paranormal romance boxed-set with 6 full-length novels and 3 novellas. "Finder Of Lost Love" is a unique game particularly suited for romance readers. The brain-child of bestselling author Nhys Glover, this anthology is the first of several mysteries linking clues from 12 short stories by bestselling romance authors from a variety of sub-genres.

Don't miss the videos for each new release.

What’s a straight-laced Nephilim-descendant to do when a human trouble-magnet steals his heart?

Alone for a millennium, since a human murdered her beloved consort, Ashra, the immortal icrathari queen, rules over Aeternae Noctis, the domed city of eternal night. Her loneliness appears to be at an end when her consort's soul is reborn in a human, Jaden Hunter, but their reunion will not be easy.

When Jake MacKay and Lexa Creighton are brought together in Perdition House, a haunted bordello, Jake falls for her at first touch. Lexa’s harder to convince because her ancestors are among the mischievous spirits of Perdition and they’re messing with her sex life!

Riley Anderson comes to you because she has no other choice. Her fiancé, an investigative journalist, has been kidnapped by the mob and the police will do nothing to find him for twenty-four hours. By then, she's sure Leo will be dead.

Something is seriously wrong, you can sense it. But you're a newbie Private Investigator with little experience and few friends to assist you. Can you save the day, or will your inexperience get both Leo and Riley killed?

You are the only one who has any chance of succeeding.

Will you take on the case?

Read the stories, watch the mystery unfold, collect the clues, solve the puzzle and get the chance to win great prizes. It's easy and lots of fun!