Book Blast: "The Para-Portage of Emily" by Muffy Wilson 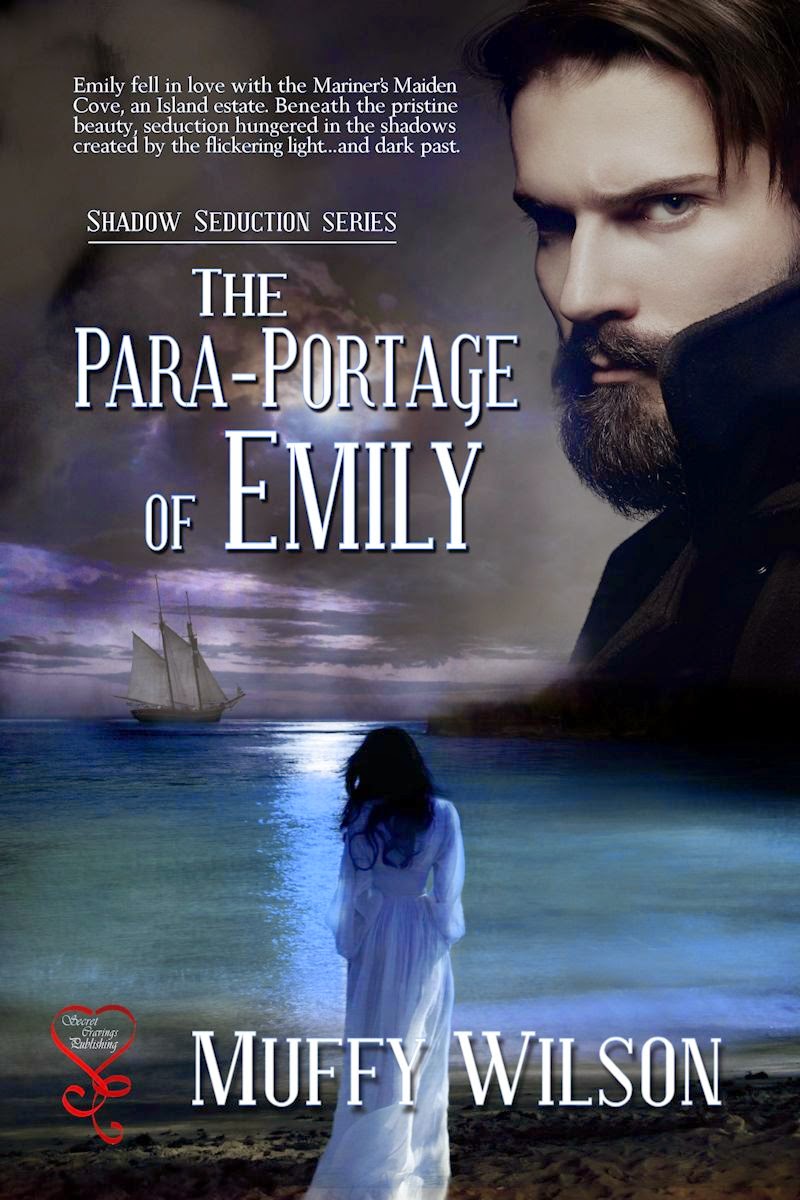 Emily Macque, a young, beautiful junior partner in her father’s law firm, is but a heartbeat away from love or destiny. Duty brings Emily to a frozen Island estate two hundred and fifty miles north of Chicago. Devotion requires she delve into the property history to settle an estate probate. Death lures her into the arms of the shadows seduction created by the flickering light and dark shadows.

What flames the timeless passions spanning the decades? Love, desire or obsession?

Colin Jorgenson, once a Great Lakes mariner, is a strong man haunted by love and loss. How long will he return each night, gripped by desire, hoping to find the woman he has loved for a century?

Beneath the pristine Island beauty, passions hungered, lingered in the ardent darkness. His passions, fueled by decades of loneliness and longing, could no longer be denied. Will they face eternity together or love in secret as dark things are to be loved between the shadows and the soul?

Loved it!
I just finished The Para-Portage of Emily. Quite the page-turner!!
I was gifted a free copy by the author and found it to be a cleverly woven plot with descriptive characters you won’t soon forget. I’m not one to give out spoilers,
but if you like paranormal intrigue, hot romance, and mystery, you will love it. Looking forward to more works by Muffy Wilson as I’m sure they will be just as brilliant.
~ By Love To Read 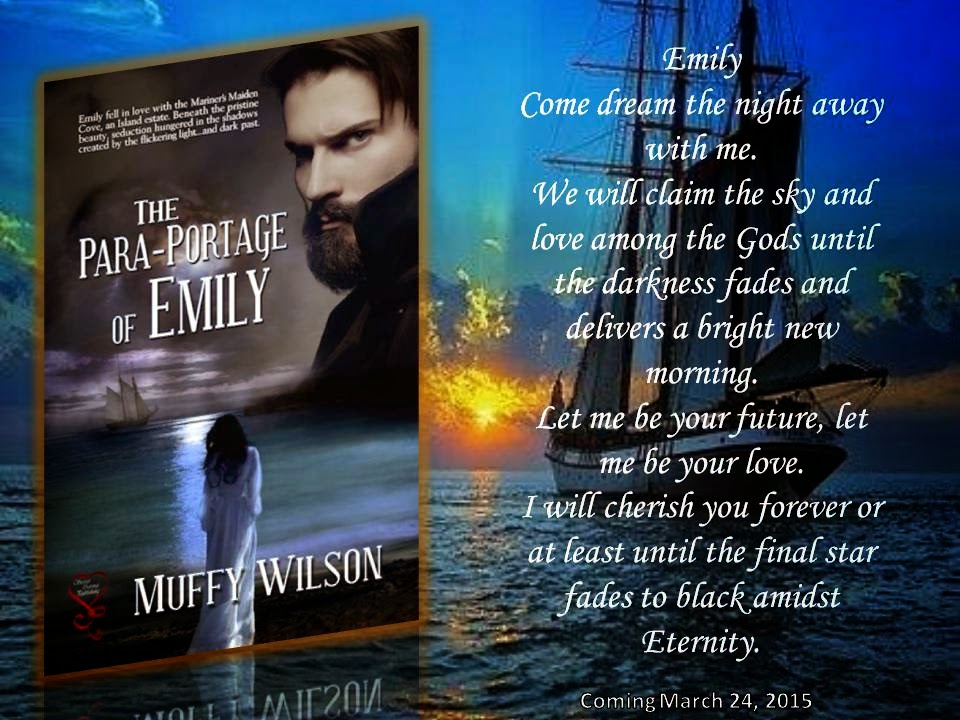 “Tell me what you know about Mariner’s Maiden please, Kirby.”
Kirby took a long draw on his beer before he began his narrative.
“It was years ago, around 1800 Miss Emily, when the original land owner arrived on the Island with settlers from Norway. He’d claimed five hundred acres on this southern point of the Island for himself. He became wealthy in cattle, wheat, timber and cheese. As his family grew and were educated on the Mainland, they moved, one by one, off Island. They were a wealthy, hard-working lot, but needed less and less of the acreage they owned. Much of the original plot was donated to the Town throughout the years. Some sections were sold.
“It got down to the last hundred acres when Colin Jorgenson bought the property, around 1890 or 1900. I am not exactly sure. The main house was much smaller and less grand than it is now, for sure.
“Now, Colin was a Maritime Captain and often he’d be gone for months at a time. He sailed the Great Lakes several times a year with supplies, spices, fancy goods and ‘fortunes of bounty’. That’s what they called it then. It was for sale to rich settlers throughout the Great Lakes. He’d earned all his wealth in trading by the turn of the century. He came and went for several years until, in his mid-thirties, he met and married a much younger woman, Amalya, and came back to the Island with her.”
Kirby sat back, drained his beer and continued. “The property was called Mariner’s Cove then. He spent two years with Island tradesmen rebuilding this house for his wife. To honor her, and before his return to the water, he commissioned a maritime woodcarver to create the figurehead of Amalya you saw yesterday on the tree marking the entrance.
He had the figure of Amalya mounted on the bow of his ship and apparently felt she was always with him in his travels. She died one summer, pregnant with their first child, shortly after his returning from his last trip of the season. He shut himself away in this house—a broken man, left forlorn and alone, to die years later of a broken heart as a recluse. It’s said he returns night after night trying to find his Amalya, his beloved.”
“But that’s just old folklore, Miss Emily, there’s nothing to it but made up stories from the past by gossips and romantics. This place has never been haunted—no one has ever said it was, anyway. Even though he was long dead, this property was held in Old Colin’s estate until your uncle bought it around 1955, I think. I suppose there is more you can find out at the Archives office in the Island library at the town offices, if you want. That’s about all I know and it ain’t much.”
Refusing a second beer, Kirby was off to finish his chores. “Thank you, Miss Emily,” Kirby said as he stood to leave.
Emily walked him to the door with Barkley in tow.
“Oh, there is one more thing” he added. “There is supposed to be a crypt on the property somewhere. I heard tell that Old Colin buried his Amalya in there and when he was dying, he crawled into it to die on her casket. Creepy, but no one’s ever found it to my knowledge—and between me and my dad, we’ve covered this property as caretakers for over fifty years.”
Emily extended her hand in gratitude for the information and company. “Thank you, Kirby. All of that is so very interesting. He must have been deeply in love with Amalya.”
Kirby, a middle-aged man, stood and shook Emily’s hand. He turned to leave, stopped and dropped his head as he hesitated at the bottom of the steps. A simple country man, this time was no different.
“Miss Emily…” He looked up at her rather sheepishly, and stuttered slightly, “Forgive me, Miss Emily, if I offend you. I have been a bachelor all my life and never had a way with women or much of a need for them. Oh, don’t get me wrong, I like ‘em well enough, but I never was able to pick the right words in their presence. If…if you don’t mind my saying…you look an awful lot like those paintings in the house of Miss Amalya.”
“Oh my word, Kirby, how you flatter me! It is purely a coincidence, I assure you.” Emily smiled, as she dismissed the compliment and waved good-bye at Kirby. As he left, she thought about the love shared between these two remarkable people, Colin and Amalya. Amalya and Colin.
She had forgotten to ask what became of the baby…

Fall in Love with the Island and Mariner's Maiden
This is a story to savor. Ms. Wilson's descriptions are poetic and enthralling,
placing the reader in the midst of the story, and the relaxed pace of the story does not lessen the power of suspense. Shrouded in mystery, romance, and eroticism, "The Para-Portage of Emily" is a treat for the senses,
a haunting indulgence. Despite hints throughout, the ending still surprised me, and though satisfied,
I regretted the literary journey's end. Highly recommended. I look forward to more from this promising series. ~ By Jordan Stringfellow 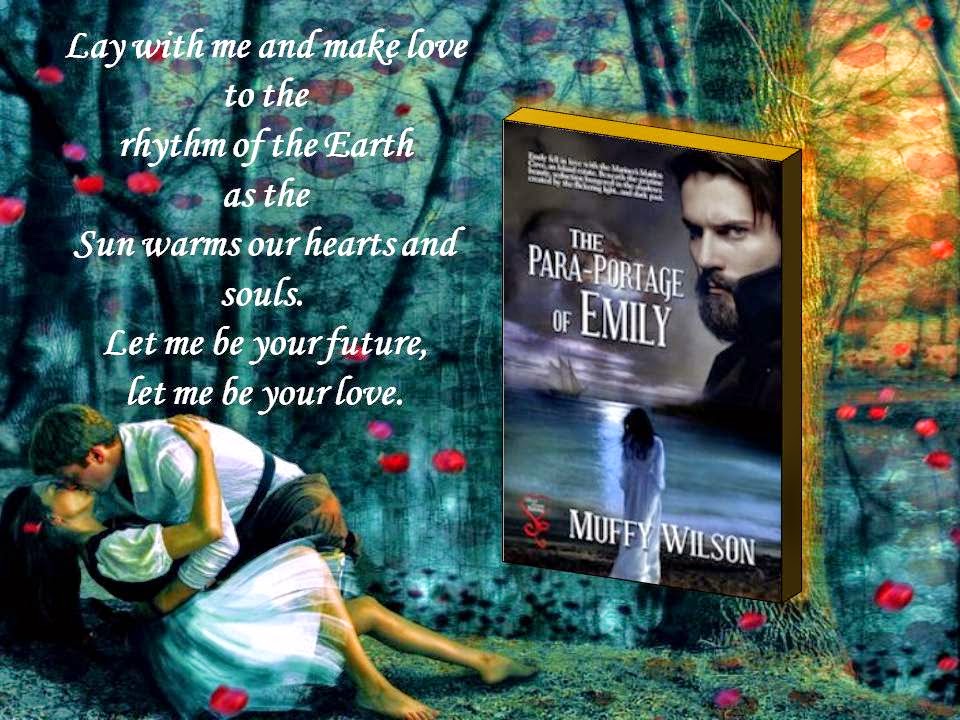 Returning from France with her family, Muffy finished high school in Northern California and attended the University of California, Davis, and majored in Business Management.

Muffy entered the work force, independent with a fierce work ethic, and retired at 39 from IBM as a Mid-West Regional Director in the Real Estate and Construction Division. She and her husband moved to a small Island in northern Wisconsin where they owned a historic tavern, restaurant and resort business which they since have sold. They now live a charmed life by the water in SW Florida. Muffy pretends to be a serious real estate business person but, in real life, indulges her private interest in writing sexy novels and sensual romantic literotica ~ Live, Laugh, Love with Passion. 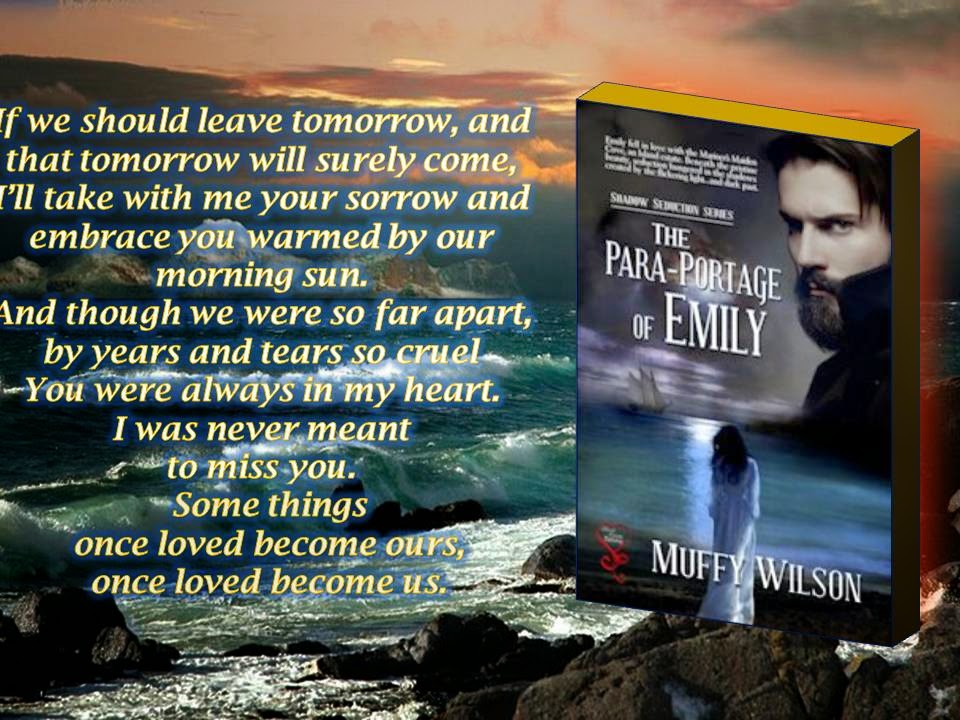 Other Novels and Contributions: 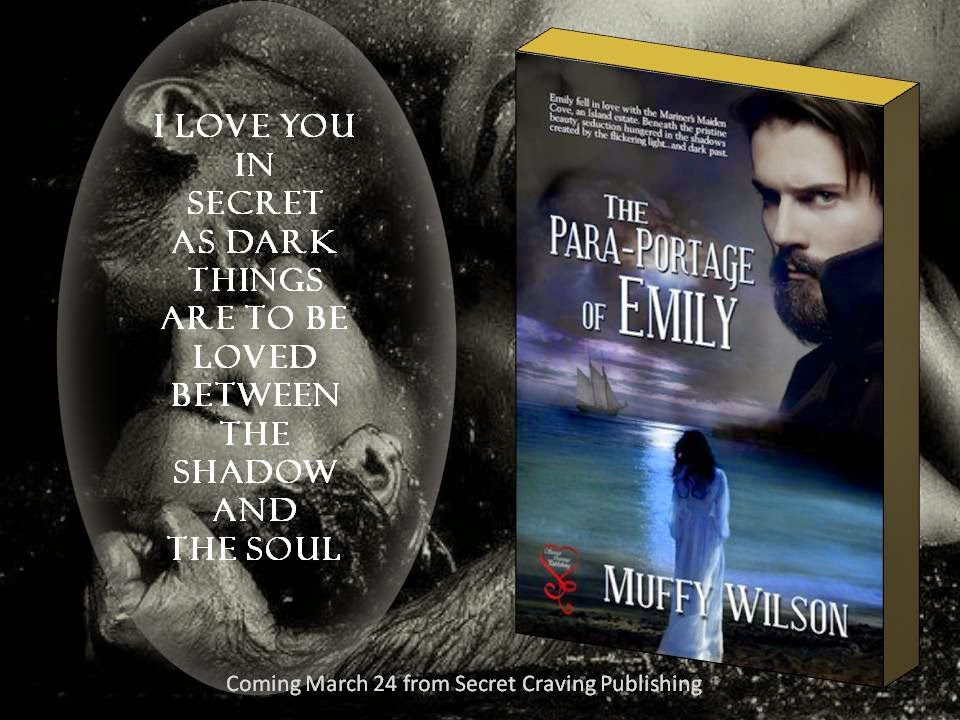