Armed and Entertained: Roku, Redbox, and a Child-like Imagination 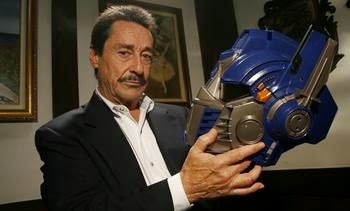 
Armed and Entertained: Roku, Redbox, and a Child-like Imagination
Not too long ago, I seldom watched TV, and most of my friends called me a “movie snob.” Don’t get me wrong; I’ve always enjoyed my share of action, sci-fi, and paranormal films and series, but the really good ones were few and far between. As we settle into Fall, new series and TV shows are premiering like leaves (how many puns is that?).

Now, armed with my Roku player and its many channels, plus Redbox on the rare occasion I can’t get it on Amazon Prime or Vudu yet, I’ve been watching multi-movies, especially series like “Transformers” and the unique vampires and weres of “Twilight Saga” (which I purchased, BTW) to mention a couple, and catching up on the fantastic series I never had time to watch before, let alone keep up with prime time scheduling.

Nothing (well, not many things, anyway :-) beats watching “Grimm,” “Supernatural,” Teen Wolf,” and “Arrow” back-to-back just to name a few, but I digress.

So, just recently I watched “Transformer” movies 1-3 back-to-back. I saw each at the theater when it first released, but this was the first time I’d watched them together. To put it simply, I became increasingly annoyed with the third installment, “Dark Side of the Moon,” and decided not to bother with installment number 4.

Why? You ask. Who is Rosie, and what the hell happened to Mikaela?? Call me a romantic…well, that is what I write, but the immediate and arbitrary replacement of Mikaela pissed me off. Of course, we all know Hollywood, and it could have been some contractual issue or maybe Megan Fox was too busy, or…you get the picture, but I’m still entitled to my romantic bias. On that note, don’t get me started about why “X-Men” is called that when so many women are involved.

Back to “Transformers.” On the bright side, nothing can replace that voice of Optimus Prime. One of the first things I did back in ’07 after seeing the first installment of the series, was to find out who owned that delectable voice! Peter Cullen does such an awesome job of portraying this fantastical character, that who would have thought it? But Optimus Prime actually becomes sexy. He was never sexy back in the day when transformers first arrived on the market as “the toys to give every child you knew at Christmas.”

All-in-all, I enjoyed the three movies and I’m content with leaving it at that. Have any of you seen “Transformers 4: Age of Extinction?” Tell me what you think about the series. So far this Fall, I can tell I’m gonna love “Scorpion” with Katherine McPhee and Elyes Gabel. What are some of your favorite series? Old or new. 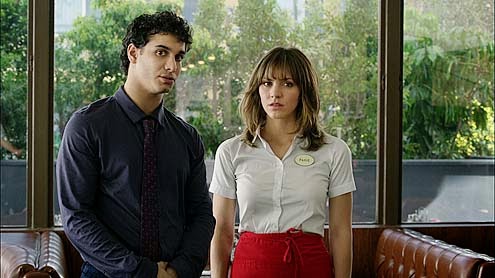