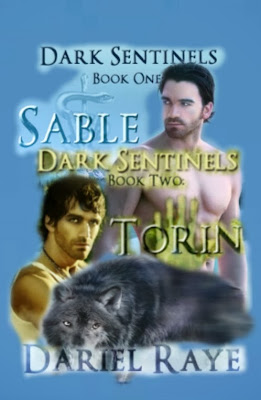 I'm a happy author at the moment! Right on the heels of publishing the combination "Dark Sentinels" paperback, "Dark Sentinels One and Two" on the advice of some great friends, I just came across this awesome five star review of "Dark Sentinels Book Two: Torin" from Samantha Woods.

If you haven't started reading the "Dark Sentinels" series yet, I'd love for you to catch up on it by reading the combination paperback (includes books one and two). Right now I'm working on "Dark Sentinels Book Three: Parrish" and "Dark Sentinels Prequel: Syreena." My plan is to release them both early next year. Here's a bit about "Torin," and the review and link of course :-)

5.0 out of 5 stars Great Book!,
By
SAMANTHA. WOODS (MICHIGAN, USA) - See all my reviews
This review is from: Dark Sentinels Book Two: Torin (Kindle Edition)
Steph is a Lawyer and Torin needs her help. Torin did not get a message saying their appointment was canceled and did not go about getting a new one the right way. In fact he flat out annoyed Steph to the point that she kicked him out of her office. Thankfully he did not leave right away as she ended up needing his help when she was attacked by three men.Steph ends up agreeing to work his case but ends up needing his help some more and ends up staying with him. All the while he is trying to fight his attraction to her. He is a sentinel shifter and she is a human. Sure he has heard of Sable being with a human but he can't understand it. But how long can he fight it? Steph too?Meanwhile there are some big changes for the better in Sable and Akila's releationship although Sable has to leave right away to go help out Torin and his people with some issues. While he is there he can hand out some much needed advise to Torin.I definitely Loved this book! I highly recommend this series and this book! Dariel Raye is one of these wonderful Authors that are making me a big fan of Shifters!