Quite the fan of Mia Darien's writing, I've read most of her "Adelheid Series" books. Here, I'm sharing a couple of reviews, and tomorrow we've got a great guest post scheduled about series writing. I'll also tell you a bit more about Mia then.After reading these reviews, I'm sure you'll be intrigued :-) Take a look at these, links are beneath each book cover, and don't miss tomorrow's post (It'll be right here too). Oh, and make sure to enter the Rafflecopter near the end of the post! 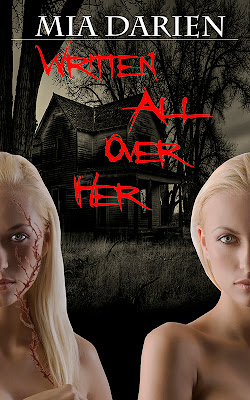 One word can change the story of your life forever.
Abduction. Torture. Surrender.
Eleven months from her adolescence have framed thirty-one years of Detective Nykk Marlowe's life. Despite the trauma of her past, and the unique physical scars it left her with, she's built a career as a detective for the Adelheid Police Department.
Her personal life might only consist of caring for her sister and a pet rabbit, but she accepts that.
She accepts that she'll never be able to be like "normal" people, even the supernatural ones. As long as she can keep the past where it belongs, she's okay.
But when the body of a teenage girl shows up with the same scars that Nykk sees in the mirror every day, her "okay" life gets turned upside down and she's forced to confront the past she's been looking away from for sixteen years.
And when it turns out there's already more than one victim, the pressure's on to stop the killer before any more girls are tortured, mutilated, and murdered.


Review
This is book four in Darien's "Adelheid Series," and much like the others I've read, told in first person. Detective Nykk Marlowe is mentioned in the first book in the series, and there's a hint of something unusual about her. Now, in my opinion it takes a gifted writer to keep me interested in anything other than a memoir or autobiography told in first person, but I believe I already mentioned that I've read nearly all of Darien's "Adelheid Series" so far, so...she must be doing something right. LOL

This one started with an intriguing little twist, much like a character portrait. With the exception of a traumatic experience in the heroine's past, her life might seem rather ordinary or even dull at first, but Darien draws us into Det. Nykk Marlowe's life until we almost see through her eyes. We become frustrated with her and even terrified for her.

Darien has a way of making time stand still when she writes. The story is told at a deceptively and calculatingly slow pace in places, and just when the reader starts to settle in and get comfortable, we find we're dealing with something shocking and unexpected. At that point you definitely can't put it down. I really enjoyed Nykk's story and the eerie way the final twist sneaked up on me. I would have preferred a bit more romance in addition to the implied interest, but who knows? Maybe in a future book. An easy four (4****) stars. 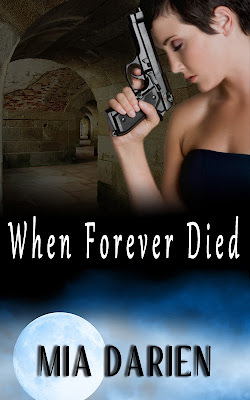 Forever is a long time.
The life of a hunter is a lonely one. Perhaps more for Dakota than others in her line of work. Not only is she better than anyone else at chasing down the things that go bump in the night, but her past chases her with the same tenacity.
She's built walls around her solitary existence and that's the way she likes it, but the past never sleeps. When she's hired to hunt an ex-lover for murder, it's just the first in a string of memories that will bring Dakota's past, present and future into a collision course.
And when she agrees to take on a second case and hunt down an Ancient, a vampire over one thousand years old, it unleashes circumstances onto that collision that will shake the foundation of everything she's built and force her, for the first time in a long while, to look to others.
Can she survive it, like she's survived these past four centuries? Or will the weight of it all finally crush her?

Author Mia Darien has woven a fascinating tapestry of characters – mostly supernatural with a few humans thrown in – into a well-written, action-packed thriller perfect for paranormal, fantasy, and action lovers. Reminiscent of the great, gritty detective novels, Dakota tells her story in first person. She’s a shifter, and we meet her as a panther, chasing her quarry. Yes, she’s a contracted bounty hunter sent out to catch the supernatural bad guys, and she can shift into any human or animal form she’s familiar with.
Dakota wins me over when she catches her prey, grumbles about it, then lifts him onto her shoulder to carry back to Darien’s version of a holding cell. Throughout the story, Dakota entertains us with her irreverent, loveable personality with comments like “vampires are creepy-ass-fuckers.” Her co-workers are an interesting menagerie of weres and vamps, and Dakota thinks she’s fine without them when the story opens, but as the action heats up and the plot thickens, if you will, she realizes more and more that their help could be useful and possibly necessary.
Contracted to work on two jobs at once, both personally charged and interrelated, Dakota finds herself drawn to a human officer while hunting an ex-lover thought to be involved in a number of brutal murders. The fact that Dakota’s long lost baby sister is also involved in the murders coupled with unresolved baggage from her past, perpetuates Dakota’s evolution into, let’s say, a better socialized antisocial.
Add an ancient vampire, Amazon warrior women, humans housing Norse Gods, Thor’s hammer, and a giant snake with steel-like scales, and you have an action-packed, yet character-driven read. I didn’t want to miss anything, because new twists kept popping up. Despite the wild characters, Darien managed to keep it believable due to her subtle world-building, and Dakota’s character is so strong that she was always the star. When I had to put it down, I couldn’t wait to pick it up again. Highly recommended 4 ½ stars!