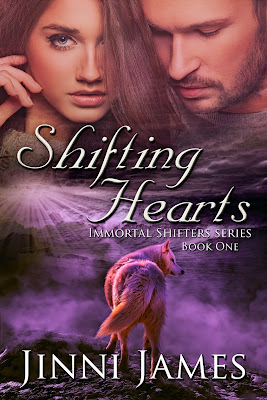 BLURB:
(Re-release of The Wolfs Maine)
Avalon felt like her life was set on repeat. Every new day was just like the one before until Avalon's friends talk her into venturing out and leaving her dead end relationship behind. Little did she know that she would meet her soul mate face to face and that he would ignite a desire in her that she never knew existed.

John had been watching over Avalon ever since her parents died when she was three but she had no clue. She had only been talking to him online for a year. She slowly learns that there is a whole world and a whole story she had not known about involving every one she knows and cares for.

Her boyfriend Nicholas is not the man she thought him to be, if he is a man at all and John seems to be more than he lets on as well.

Avalon soon discovers the hidden truths but can she handle it? With Nicholas seeking vengeance can John and her friends help her?

EXCERPT:
"Nicholas! Have you lost your mind?!" He walked over to stand in front of me.
"Why of course not Ava. Isn't that what you let him call you?"
My heart was beating out of my chest.
"What are you talking about?"
"Why the man you are seeing. You let him call you Ava right?
"You can't keep things from me Avalon. I know it all."
I had no clue what to say, none at all. Do I confess or lie? I might as well confess since he seems to know or is he just playing me to get answers? What do I do?
"What are you thinking about now? What to tell me? How to tell me you’re seeing someone else and want to leave me, that you know damn well I won't let you do? Want to tell me that is who you were with all day today when you should have been at home?" All I could do was stutter.
"Who? What? How?" His hand was reaching up and wrapping around my throat as he got closer to me and whispered in my ear.
"Because my dear I know it all. I can find out anything. You just ended your own life." I gasped as he threw me towards the broken wine rack that I fell right on top of. Glass punctured my hands as I hit the floor. He started towards me but I couldn't get up, all I could do was crawl my way backwards.
My life was over. Nicholas was surely going to kill me; I could see it in his eyes. He was towering over me all 6'4” of him, he bent down and clasped my throat in his hands. As I looked into his eyes all I could see was rage. It almost looked as if his eyes were turning red. He was beginning to squeeze my throat tighter, I could feel the panic throughout my body but there was nothing I could do.
He had me pinned to the ground, I couldn't move and now I couldn't breathe........

AUTHOR BIO & LINKS:
Jinni James lives in Huntsville, Alabama with her husband, her two precious daughters, her awesome step-daughter, her cat and her dog. She works during the day as an administrative assistant and at night after she is finished with her day she sits down to become the author she has always dreamed of becoming.  She started her first book The Wolfs Maine back in 2011, which has now been re-released as Shifting Hearts and hasn’t looked back since.  She stays pretty busy with her full life but she wouldn’t have it any other way.
Facebook:  https://www.facebook.com/JinniJamesAuthorPage
Website:  http://www.authorjinnijames.com/
Twitter:  https://twitter.com/JinniJames
Goodreads:  http://www.goodreads.com/author/show/6471779.Jinni_James