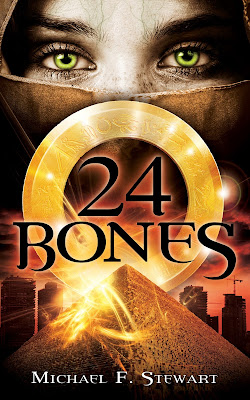 Samiya, born-into-shadow, is soon to battle her born-into-light brother. Abandoned by their parents, neither wishes to play the preordained role of beast and hero. When their loved ones are taken hostage, they are forced to follow the path laid out in myth, culminating in a battle first fought six thousand years ago in ancient Cairo. A mythic clash where one defeats the other and both become gods.

To break free from their fates, Samiya and her brother must unravel a mystery twisted by cults, greed, and magic. But myth is a powerful force and failure to live up to it may not only destroy their lives but the lives of the ones they love most.

When the phoenix dies, the only certainty is flames.

“Terrific! A successful blend of genres, complex and fascinating characters, and loads of suspense make 24 Bones a must-read.” Nate Kenyon, bestselling author of The Reach, Prime, Bloodstone, and The Bone Factory.

“'24 Bones' is a winning debut. It's well-written and well-plotted, studded with drama, action, history and mythology. There's even a little romance. The conclusion is thrilling with the final outcome of the battle between good and evil held over until the very end...leaving you guessing until that very last page.” SF Crowsnest. 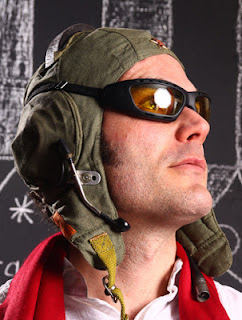 After crewing ships in the Antarctic and the Baltic Sea and some fun in venture capital, Michael anchored himself (happily) to a marriage and a boatload of kids. Now he injects his adventurous spirit into his writing with brief respites for research into the jungles of Sumatra and Guatemala, the ruins of Egypt and Tik’al, paddling the Zambezi and diving whatever cave or ocean reef will have him. He is a member of the International Thriller Writers and SF Canada, and the author of the Assured Destruction series, 24 Bones, The Sand Dragon, Hurakan, Ruination and several award winning graphic novels for young adults.

Michael F Stewart said…
Thanks for the spotlight, Dariel! If anyone has any questions about the book, I'm here all day!
April 2, 2013 at 6:55 AM