Help me welcome my friend and fellow author, Beth Trissel! She'll be back later this year for an interview, but the three books featured in this post are her donations to The Romance Troupe's new release party! Join us on Facebook for several chances to win each day :-) That's right, you can win these books!! Also, visit me at Kitty Barton's and The Romance Troupe's New Release Party to enter two, yes, two Rafflecopters for chances to win stuff :-) This is how it works: when you visit any of "Torin's" stops on the tour, click on the tab above ("Torin" tour Rafflecopter) to enter, then stop by our group Rafflecopter and enter there, too.

Karin McNeal hasn't grasped who she really is or her fierce birthright. A tragic secret from the past haunts the young Scots-Irish woman who longs to learn more of her mother's death and the mysterious father no one will name. The elusive voices she hears in the wind hint at the dramatic changes soon to unfold in the mist-shrouded Alleghenies in Autumn, 1784.


Jack McCray, the wounded stranger who staggers through the door on the eve of her twentieth birthday and anniversary of her mother's death, holds the key to unlock the past. Will Karin let this handsome frontiersman lead her to the truth and into his arms, or seek the shelter of her fiercely possessive kinsmen? Is it only her imagination or does someone, or something, wait beyond the brooding ridges--for her? 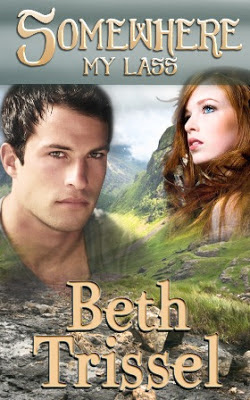 Will Mora and Neil be too late to save a love that began centuries before?

'‘The MacDonald comes’ warns Mora Campbell when Neil MacKenzie finds the young Scotswoman lying unconscious at the top of his stairs after he discovers his murdered housekeeper slumped at the bottom. Mora’s claim that she’s his fiancé from 1602 and was chased to the future by clan chieftain, Red MacDonald, through ‘the door to nowhere’ seems utter nonsense. Neil thinks she’s addled from the blow to her head until his life spirals into chaos and the avenging Highlander shows up wanting blood. Mora knows the Neil of the future is truly her beloved Niall who disappeared from the past, but he must also remember. And fast.

Although Niall’s kinsmen believe he’s dead, and Mora is now destined to marry his brother, she’s convinced that if she and Neil return to the past, all will be right. The balance of the present and future are in peril if she marries another, and the Neil of the present will cease to exist. The only problem is how to get back to 1602. An ancient relic, the ultimate geek friend, and a little Celtic magic help pave the way back to the enormous challenge that awaits them. If they’re in time. 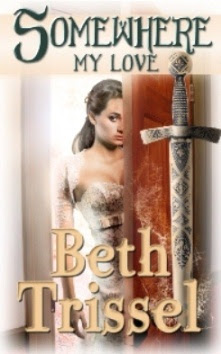 Fated lovers have a rare chance to reclaim the love cruelly denied them in the past, but can they grasp this brief window in time before it's too late?
Two hundred years ago Captain Cole Wentworth, the master of an elegant Virginian home, was murdered in his chamber where his portrait still hangs. Presently the estate is a family owned museum run by Will Wentworth, a man so uncannily identical to his ancestor that spirit-sensitive tour guide Julia Morrow has trouble recognizing Cole and Will as separate. As Julia begins to remember the events of Cole's death, she must convince Will that history is repeating, and this time he has the starring role in the tragedy. The blade is about to fall.
Excerpt:
Lord, give him air. Julia had engulfed him in an irresistible tide. Her mouth...he must stop eyeing her enticing mouth. "Let's see the gardens now."
Like a soldier on drill, Will turned and walked swiftly out of the hall and into the passage that led to the front of the house. Julia practically had to sprint to keep pace with his ground-covering stride. The gentleman in him took over on autopilot and he stopped in the worn flagstone foyer before the paneled entrance.
He pushed open the white door embellished by the carving of colonial craftsmen and beckoned to her. "After you."
"Thank you." She walked across the threshold and onto the circular brick porch ringed with an iron railing.
The breeze had picked up with the approach of evening and lifted lengths of her long hair. Her already short skirt danced in the wind. The green-gold light spilled through the trees overhead and down across her blowing mane. His artist's eye took in the glossy sheen of red, copper, and ginger reflecting the rays. As if this weren't torment enough, Will glimpsed even more of her shapely legs, almost to her thighs with one gust.
Julia pushed the fabric back down, seemingly too absorbed in her surroundings even to notice. "Just smell that," she sighed, inhaling deeply.
The warm scent from an avenue of ancient hedges filled the mild air. "Yes. I love the scent of Old English boxwood," he said.
She flung her arms wide at the green expanse, knotted with herb gardens, and stretching down to the gently lapping river. "Magnificent!"
Will felt weak and emboldened in one, as if he wanted to lunge with a sword and stagger from a punishing blow.
An inner voice whispered, Julia's back.
What did that have to do with him, he argued.
Everything.~

Krystal Shannan said…
These books sound fascinating. I love a good time travel.
February 15, 2013 at 6:24 AM