Dariel's Special Guest, Tricia Schneider: Halloween Moon? What Does it Mean? Fertility, Good Luck, Magick, and an Excerpt, Oh, My!

I'm happy to have my friend, multi-published author Tricia Schneider visiting with me today! She's sharing a great, informative post about the significance of the moon's phases on Samhain (Halloween). Also, read on and get a taste of her novel, "The Witch and the Wolf." 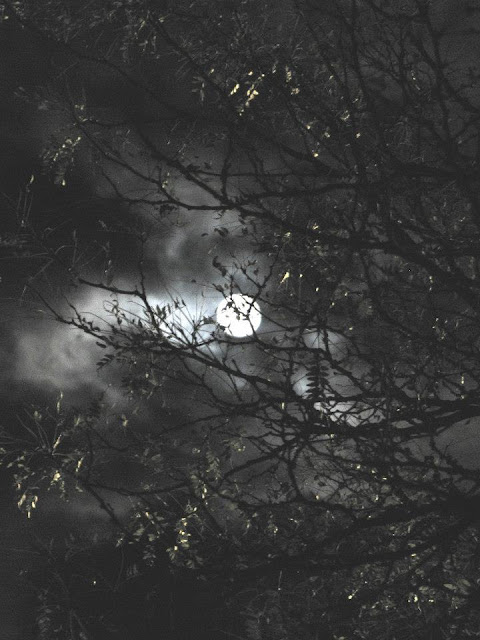 The phase of the moon on Halloween is one such omen.

·         New Moon: The coming year will be fertile for new beginnings. This year will bring a new career, a new project, a new relationship, a new way of thinking, or a new birth for those hoping for children.

·         Waxing Moon: Good luck throughout the coming year. You can expect growth and increase of all things that are of a positive nature.

·         Full Moon: Powers for magick and divination are strongest for this night. If you make a secret wish at midnight, it will come true during the coming year. Many mysterious things may happen during this year.

·         Waning Moon: The positive side: Indicates the elimination of bad habits, unhealthy relationships, or any obstacles to happiness within the coming year. The negative side: A decrease (as in one's health) or a loss of some kind.

·         Dark Phase of the Moon (also known as the Dead Moon): A very negative omen. Take great caution in all your endeavors within the next year. It is highly recommend a talisman of good luck be worn for protection. 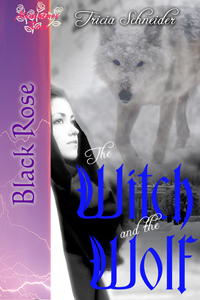 The Witch and the Wolf:
Lord Jeremy North's curse is to become a werewolf during every full moon, turning into a bloodthirsty monster that kills with no remorse. When he finds a woman nearly frozen upon his doorstep, his sense of honor compels him to help her, even at the risk he might kill her himself.
Lillian Merriweather hadn't planned to get caught in a blizzard while traveling the English countryside. Nor had she planned on finding refuge in a house full of secrets. But Lillian has secrets of her own. And what she's running from is not far behind...

Excerpt:
There were several moments Jeremy North suspected he suffered hallucinations. Most of those times had been when he had first begun to change into the beast during the full moon. And now, as he answered the knocking he had at first imagined to be the pounding in his skull, he wondered if the brandy he had been drinking this evening was perhaps tainted. He could not quite believe his eyes.

A woman stood on his doorstep, covered in a layer of snow, her bright blue eyes silently pleading to him just before her eyelids fluttered closed, and she crumpled at his feet. He managed to set the candle down safely on a table in time to catch her before she cracked her head on the stone beneath her. He lifted her effortlessly into his arms, brought her into the house, slamming the door closed with his foot. He hurried into the library with his unexpected guest. North had returned earlier seeking the warm oblivion of yet another glass of brandy. He grimaced at the memory of countless other sleep-deprived nights spent in much the same way. Sans an unconscious woman, however.

He placed the bundled woman onto the sofa, ignoring the fact that the snow was bound to create a water stain on the fabric once it melted. He leaned over her, pushing the curly brown strands of wet hair off her face and checked to see if she still breathed. Satisfied when he felt her breath on his hand, he went back to the corridor.

Turning back to the woman on his sofa, he again felt the necessity to blink his eyes, wondering if they played a trick with his senses. He lit more candles to brighten the room and added more wood to the fire. Then he walked back to the woman and knelt at her side. He found her hand dangling over the edge of the sofa and took it gently in his, the digits frozen stiff. He inhaled a gasp. He cupped both of his hands instinctively around hers, hoping to lend her his warmth.

He heard the shuffle from the hallway and Amery’s muttering, then a noisy yawn.
“Bloody hell! What is this?” Amery bellowed from the doorway.
North ignored the query. “We need blankets,” he said, instead. “She’s frozen through.”
Amery nodded and left.

A muffled groan from behind drew his attention, and he turned to see the woman’s eyelids flutter open. He inhaled sharply as her bright blue gaze fell upon him.
She studied him for a moment.
And then, she smiled.

Amy Denim said…
This was so fun to read about. Thanks for sharing this witchy info about the moon on Halloween!
October 30, 2012 at 2:18 PM